Chibuike Nwokorie is project officer with the Nigeria Tobacco Control Alliance (NTCA). In this interview with our correspondent, he bares his mind on the new policy on Pictorial Health Warnings (PHWs) which must be on all tobacco products manufactured and sold in Nigeria starting June 23, 2021, and other sundry issues on tobacco control in Nigeria. Excerpts:

How do you feel about the commencement of the requirement on Pictorial Health Warnings on tobacco packs?

I feel so elated. The commencement of the policy is the culmination of a very long battle and opposition from the Tobacco industry and their allies. It is a good start because the policy gives room for instance for pictorial health warnings that cover 50% of the tobacco product principal display areas to be increased to 60% by 2024. The real winners are Nigerians. Those who cannot read and write will be able to notice that the pictures mean the content in the pack is dangerous to users.

The WHO says that PHWs affect behavior and knowledge. In other words, they influence smokers and non-smokers decision. Is there evidence anywhere in the world that PHWs have helped to reduce consumption of Tobacco products?

Yes, Pictorial Health Warnings have caused positive behavioral change among citizens in Romania, Brazil and elsewhere. According to WHO/Europe’s news evidence, in Canada, 44% of smokers reported that pictorial health warning had increased their motivation to quit.

I mentioned Romania earlier. In that country, a combination of text and pictorial warnings prompted 31% of smokers to quit.

56% of British and 61% Romania respondents found health warnings on tobacco packs more effective when they comprise picture and text, rather than text alone like we had also in Nigeria until June 23. These researches were conducted by the WHO and other organisations of repute so they are verifiable.

Do you think it will work in Nigeria?

The policy is timely and will help Nigerians make rational decisions. I have confidence that it will work. What we might just add is that to a large extent, its success will depend on the readiness of the enforcement agencies in the country to see it as a national duty to identify and ensure the sanctioning of defaulting cigarette and other tobacco products companies. If the enforcement agencies put the health consideration of Nigerians above their personal interest, and citizens carry out their duty of reporting infractions, it will work. All hands must be on deck.

Do you think there will be a push back by tobacco companies?

Sure! There will always be a push back by the tobacco companies. That is their stock in trade. The tobacco companies do not want their activities regulated in any way. They are known to always oppose or thwart any attempt to regulate their lethal business and a pushback against the policy on PHWs will not be an exception. It is expected that the government agencies will anticipate this and plug loopholes that the industry might exploit. The Tobacco Industry knows that the PHW will make many people to quit smoking, and many will be deterred   from picking the habit.

ALSO READ:  Alternatives to tobacco: The unwavering stance of scientists and experts

There are unconfirmed reports that tobacco companies in the country are still mass producing the old packs. Did you hear about this?

Yes, we heard about it. We are still engaged in surveillance at our own level to see if this is deliberate or not. Even after the expiration of the moratorium period given to them by the National Tobacco Control Act, 2015 and its regulations of 2019, the old packs are very much available in our markets all over the country.  This is a contravention of Nigeria Laws and Regulations.

Which agencies of government will enforce the requirement on PHWs and what is the role of your organisation?

The following are government agencies that are charged with enforcing the entire provisions of the National Tobacco Control Act, 2015 and its Regulation of 2019. They are Nigeria Police, National Security and Civil Defence Corps (NSCDC), the Standards Organisation of Nigeria (SON), Federal Competition and Consumer Protection Commission (FCCPC), Nigeria Customs Service (NCS) and all other agencies mentioned in the Act and Regulations. Our role as an organisation is to partner and work with other civil society groups and these agencies of government to deliver on their mandate.

ALSO READ:  Could snus be the solution to Africa’s rising smoking rates?

With the requirement on PHWs in place, what is the next step in ensuring tobacco control takes root in Nigeria?

Government should take the bold step in effectively implementing the entire National Tobacco Control Act, 2015 and its Regulations of 2019 to save the country from an impending tobacco epidemic. Civil society, NGOs and citizens should complement the efforts of the government agencies by monitoring their environment to see if the Tobacco Industry and her allies are violating the laws. There should also be mass education and awareness creation on the new policy. That is where organisations like the National Orientation Agency (NOA) should come in. 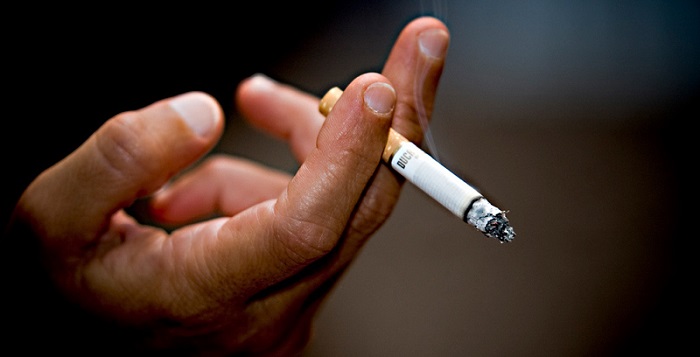