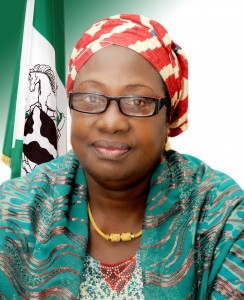 Nigeria has called on the United Nations Industrial Development Organisation (UNIDO) to support her bid to create green industries that would in turn produce jobs for the teeming population.

Receiving in audience, a delegation led by the Director-General of UNIDO, Li Yong, in her office recently, Environment Minister, Laurentia Mallam, called for continued support on the development and implementation of projects and programmes to fulfil the country’s multilateral agreements.

Mallam noted that UNIDO has been instrumental in Nigeria’s obligations towards ratifying multilateral treaties such as the Montreal Protocol, Stockholm, Basel and Minamata Conventions, as well as being supportive in securing millions of dollars for executions of Global Environmental Facility projects.

She enumerated the projects as implementation of Stockholm Convention on persistent organic pollutants (POPs), reduction of unintended produced POPs and polybrominateddiphenyl ethers (PBDE) from e-waste recycling and disposal; promoting safer mining practices in Nigeria; using local generated rice husk waste to support rural electrification; and developing strategies for identification, of sites among others.

The minister further enjoined UNIDO to continue its support towards development and implementation of projects and programmes capable of fulfilling the country’s socio-economic and political aspirations.

Earlier in his speech, Yong commended Nigeria for her strong support towards his election as Director-General of UNIDO. He said that the massive support by member nations during his election has given him a historic task to be committed and dedicated to duty.

Yong said that UNIDO would work with member states to promote industrial development as well as entertain suggestions on moving the continent forward. He noted that the visit would afford him to discuss on-going and sustainable future cooperation between Nigeria and UNIDO within the organisation’s new mandate of inclusive and sustainable industrial development in Nigeria.

Previous: Earth is in deep trouble, says IPCC report
Next: IPCC’s AR5: Another cause for stepping up climate actions