Wednesday 27th May 2020
Wednesday, 27th of May 2020
Home / Health / Government asked to to beam searchlight on BATN engagements

Government asked to to beam searchlight on BATN engagements

August 24, 2017 Comments Off on Government asked to to beam searchlight on BATN engagements 720 Views

The Environmental Rights Action/Friends of the Earth Nigeria (ERA/FoEN) has called on the federal government to beam its searchlight on British America Tobacco Nigeria (BATN) engagements with government agencies to determine if its interactions undermine the country in any way. 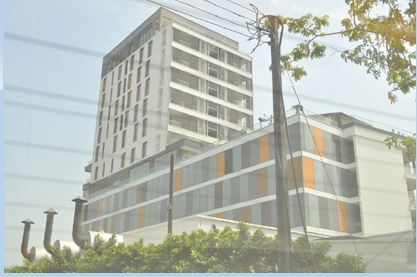 The ERA/FoEN call comes in the wake of The Guardian of London report on August 18, 2017 titled “How British American Tobacco exploited war zones to sell cigarettes” which exposed how BAT exploited unstable and unregulated environments especially in war-ravaged African countries to market its products, among a host of other business activities.

BAT was accused of paying militias instead of taxes to governments, introducing illegally huge amounts of money into war-ravaged Democratic Republic of Congo for fraudulent transactions, collaborating with rebel groups to conduct business, and providing firearms to its employees, among others, while it still claims to adhere to the highest business and ethical standards.

Paul Hopkins, a whistleblower and former soldier in the Irish Army’s Special Forces unit, revealed in the report that he was required on several occasions to take millions of dollars in cash into the DRC, destined for the town of Auzi in the northeast, and unnamed on maps.

The report is coming on the heels of the alleged bribes paid by BAT officials in East Africa which elicited an ongoing official investigation by the Serious Fraud Office (SFO).

In a statement issued in Lagos, ERA/FoEN said that the weight of The Guardian report and the bribe scandal should compel the Nigerian government to critically examine what BAT is doing in Nigeria.

ERA/FoEN Deputy Executive Director, Akinbode Oluwafemi, said: “The flurry of reports on BAT corrupt practices confirms our belief that the company is involved in behind-the-scene activities that undermine governments and promote lethal products. The expose add to a plethora of infractions in the public domain, including spurious lawsuits and threats to African countries that have advanced on the path of life-saving laws. How much of these infractions from BAT can we take?”

Oluwafemi explained that the Nigerian government must now toe the path of reason by going beyond BAT Nigeria invitation to tell all it knows about the over N30 trillion missing revenue within the import and export value chain, to other possible infractions such as alleged undue benefits the company has secured over the years, and identifying agents it used to secure such unmerited privileges.

“In as much as we want the UK government to investigate the allegations of corruption against BAT across Africa, the fact that the company views the Nigerian market as one it must stranglehold is enough for the Nigerian government to look into its activities, and so-called Corporate Social Responsibility (CSR) that have been used to hoodwink the public.

“That BATN has consistently sought government endorsement through awards like the Quality Management System certificate conferred on it by the Standards Organisation of Nigeria (SON) recently further convinces us that something is going on behind the scenes.”

The ERA/FoEN boss stressed that, starting with the earth-shaking BBC expose by Hopkins in 2015 which only had a list of few African countries, the list of countries on the continent where BAT has its corrupt tentacles deeply thrust has grown to include Sudan, Somalia and DRC.

He added: “We cannot rule out the possibility that Nigeria with a huge market potential for cigarettes will be an exception.”

Commending the federal government’s planned enforcement of nine provisions of the National Tobacco Control (NTC) Act that do not require regulations, Oluwafemi advocated the fast-tracking of the full implementation of the law as one of the sure ways of checking the excesses of tobacco entities operating in the country.