A new study published in the Proceedings of the National Academy of Sciences provides some of the first rigorous peer-reviewed evidence that giving indigenous communities formal legal title to their land protects tropical forests.

The study was conducted by researchers from Resources for the Future (RFF), the Inter-American Development Bank, and the Carnegie Institution for Science. It focuses on the Peruvian Amazon, one of Latin America’s most rapidly shrinking rainforests, where indigenous communities control more than 10 million of hectares of forest.

Using high-resolution satellite images along with statistical methods that control for factors other than titling that affect forest cover, the authors find that titling reduces clearing by more than three-quarters and forest disturbance by roughly two-thirds in a two-year window spanning the year title is awarded and the year afterward. Data constraints prevented the authors from determining whether titling has longer-term effects.

The findings indicate that titling could have an important role to play in global efforts to slow climate change. Tropical deforestation and disturbance are a leading source of global greenhouse gas emissions, contributing about the same share as the transportation sector. And indigenous and other local communities now control a large share of the world’s forests.

The study’s lead author, Dr. Allen Blackman from the Washington, DC, research institution Resources for the Future, said of the findings: “Granting indigenous and other local communities formal title to the forests that have traditionally sustained them is probably the most important trend in tropical forest policy over the past 30 years. These local communities now manage almost a third of all forests in developing countries, over twice the share currently found in government-run protected areas. Yet we know very little about titling’s effects on forest cover.”

“The clear finding of this new study,” he added, “is that in Peru the overall effect is to protect forests. That implies that titling could be an effective forest conservation and climate strategy in other tropical countries, although additional research is needed to test that hypothesis.”

The other members of the research team are Leonardo Corral and Eirivelthon Lima at the Inter-American Development Bank and Greg Asner at the Carnegie Institution for Science.

The RFF is a Washington, DC-based independent, non-partisan organisation that conducts economic research and analysis to improve environmental and natural resource policy.

The Inter-American Development Bank is a leading multilateral institution fostering economic and social development in Latin America and the Caribbean in a sustainable and climate-friendly way.

The Carnegie Institution for Science is an independent non-profit organisation headquartered in Washington, DC that encourages the discovery and the application of knowledge to the improvement of humankind. 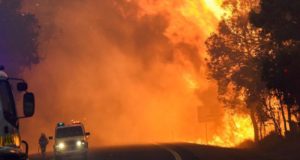 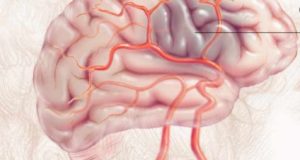 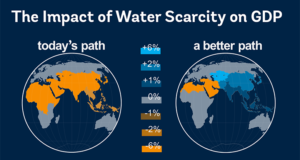