The forthcoming Integrated Landscape Management to Enhance Food Security and Ecosystem Resilience in Nigeria Project has been identified for being consistent with the Federal Government’s current agricultural programme to ensure food security. 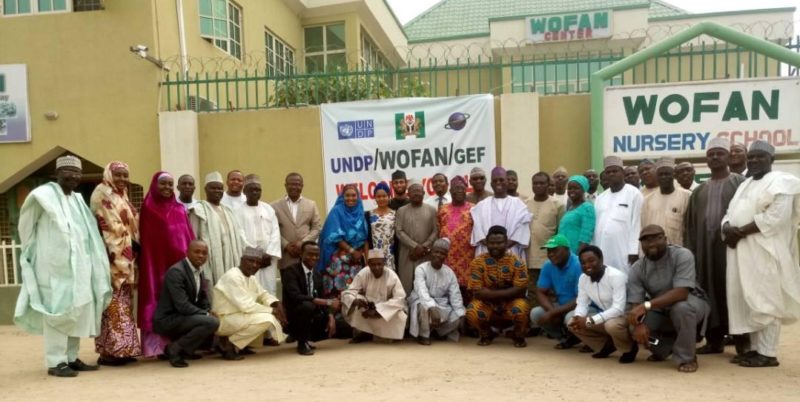 Making this known in his presentation titled: “Integrated Landscape Management to Enhance Food Security and Ecosystem Resilience in Nigeria” at a pre-inception meeting with stakeholders for the project held Thursday, December 7, 2017 at the Women Farmers Advancement Network (WOFAN) Conference Hall in Kano, Kano State, climatologist and lead consultant to the project, Prof. Emmanuel Oladipo, stated that the project is consistent with what the Federal Government is already geared towards in developing agriculture.

He maintained that there is really no need to import food for the country once agricultural potentials are tapped, a goal of the food security and ecosystem resilience project.

According to Prof. Oladipo, the scheme is poised to enhance productivity and promote sustainability and Resilience of Nigeria’s agricultural production systems for improved national food security in the face of dwindling oil revenues in the country and beyond.

In his remarks, the United Nations Development Programme (UNDP) Focal Person on Environment, Mr Muyiwa Odele, stated that the importance of the project cannot be overemphasised as, according to him, it is rooted in the national priority of the Federal Government.

“There is no better time to start talking of food security than now considering the decline in oil prices worldwide and many countries are now phasing out dependence on oil.

“The population of the country is increasing, therefore, we hope to strengthen the food chain system in the country against climate change as well as work with both the state and federal levels in eventually feeding the country and beyond conveniently,” he added.

Also speaking, Deputy Director, Agriculture Mechanisation, Federal Ministry of Agriculture and Rural Development, Abdullahi Abubakar, assured that the project has come to stay and they will do every thing possible to sustain it.

Stressing further, Abubakar, an engineer, noted that women would greatly benefit from the project as they are deeply involved in agricultural processing which is a target.

In her remarks, Founder and Executive Director, WOFAN, Hajia Salamatu Garuba, who extolled the project for being gender-sensitive, stated that it would make it a reality for women to come together and use agriculture as a livelihood.

Hajia, who stated that nutrition and adaptation to climate change are big components of the project, expressed the hope that it would groom a lot of youth and women by attracting them to agriculture as a source of livelihood and discourage rural to city influx.

The meeting was the first in a two-day workshop of the Local Project Appraisal Committee (LPAC) inception meeting toward ensuring Resilience for Food Security in the Savanna Zones of Northern Nigeria.

The five-year project, which is expected to kick-off in 2018 in the seven states of Katsina, Kano, Jigawa, Gombe, Adamawa, Nasarawa and Benue which already have existing programmes on food security, will have selected project sites in 70 communities of 13 LGAs of Dutsima, Musawa, Kabo, Gwarzo, Jahun, Katungo, Balanga, Yola South, Fufore, Akwanga, Kokona, Otukpo and Ukum respectively, in reflection of the three major agro-ecologies of the northern part of the country’s Savannah Zones.