Media personality, Funmi Iyanda, will be on stage at Kachette 347 Old St, London EC1V 9LP on Sunday, August 27, 2017 for Oya Chronicles: In Conversation With My Mother. 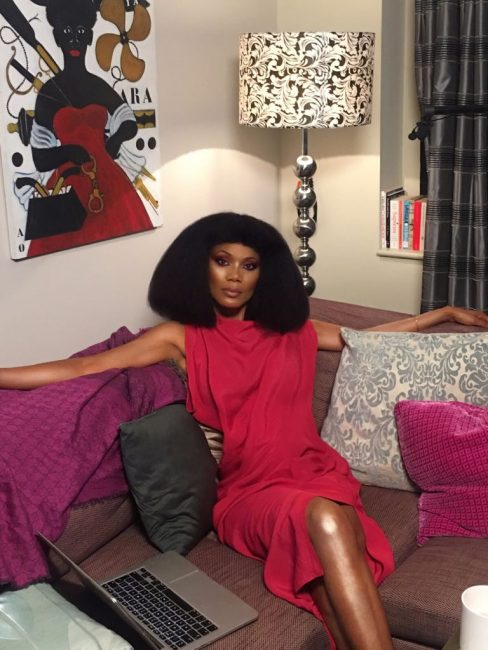 The enchanting one night event of spoken word, dance, art and music will run from 6pm to 10pm.

In Conversation With My Mother is the physical embodiment of the literary piece of the same title written by Iyanda.

The haunting piece of literature promotes dialogue as a form of healing, bridging the space between the writer and her mother.

Oya Chronicles cleverly incorporates dance and voice acting to recreate this conversation, transporting it from page to stage, universalising its importance in the process.

What begins as a dialogue between mother and daughter emerges as a timeless, ageless, and genderless conversation between two humans, each longingly searching for each other, extending their hands through eternity, reaching for love and healing, but mostly, for each other.

Kachette in London will witness a dance performance, the auction of a painting for charity, a live vinyl mixer, and a concluding spoken word poetry performance.

Iyanda is a Nigerian media entrepreneur with a long-standing record of connecting great people and ideas to diverse audiences.

She is recognised by the World Economic Forum (WEF) as a young global leader and by the BBC as one of the Women to Watch in its 100 Women.

Oya Chronicles is a rare opportunity to take part in the auction of the painting titled And Freud Said He Didn’t Know and the unique experience of witnessing Iyanda talk on stage.