The Food and Agriculture Organisation (FAO) says it plans to assist more than one million people in the northeast to grow between six and eight months’ worth of food in the 2018 rainy season. 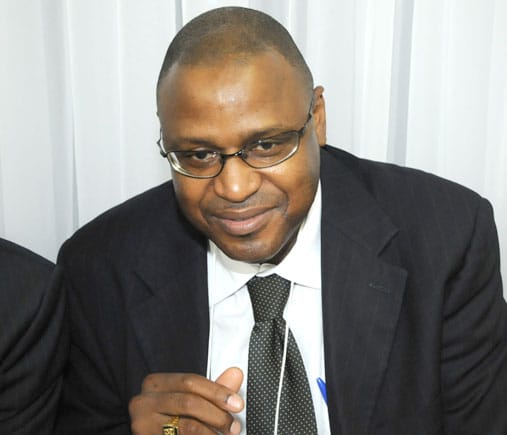 Mr Suffyan Koroma, the FAO representative in Nigeria said this on Wednesday, June 27, 2018 in Maiduguri, Borno State, in his message at the launch of the organisation’s rainy season programme.

Koroma said an estimated 149,730 households are expected to benefit from the programme whose overall objective is to ensure restoration of livelihood, particularly in agriculture for a full recovery in the sub-region.

He said the launch had become imperative because the long-awaited seasonal rains are making their way across the northeast where millions of farmers eagerly anticipate the chance to break ground.

Koroma said the rainy season, occurring once a year, typically stretches from May to September and it is the main planting season for smallholder farmers, the majority of whom depend on rain-fed agriculture.

“In the 2018 rainy season, FAO and its partners have targeted about 149, 730 farming households for crucial distributions of seed and fertiliser in Adamawa, Borno and Yobe states.

“In total, FAO estimates that more than one million people in these states will have enough food to last between six and eight months with the inputs provided, given normal seasonal conditions,’’ he said.

Koroma noted that FAO is using a kit system comprising crop seed varieties appropriate for the agro-ecological zones of the northeast.

He said in the kit one, farmers can choose between millet, maize or sorghum seed, given with a 25 kilogramme bag of fertiliser.

“In kit two, women farmers are being offered seed for nutritionally beneficial vegetables like amaranthus and okra high in micronutrients like iron, potassium and Vitamin C.

“Kit three includes seed for groundnut or sesame and will be distributed only to women.

“With a high market value, groundnut and sesame will bring in much-needed income for crisis-affected women-headed households in the three states,’’ he said.

The FAO representative explained that to receive agricultural inputs in the 2018 rainy season, farmers were selected based on their safe access to land for agriculture, ability to farm in the season and the scale of their need or vulnerability.

He said that FAO is working jointly with the World Food Programme (WFP) to distribute agricultural inputs alongside food aid, thereby reducing the risk of households employing negative coping practices such as consuming or selling the seeds and fertiliser received.

Koroma analysed that in the worst-affected Borno, households would receive inputs provided through funding from the European Commission, the Office of U.S. Foreign Disaster Assistance (OFDA), Directorate-General for European Civil Protection and Humanitarian Aid Operations (ECHO), the Governments of Belgium and Norway and the Swedish International Development Cooperation Agency (SIDA).

While in Yobe, FAO has collaborated with SIDA, ECHO, Norway, Ireland and the United States’ Food for Peace Programme to support households in the 2018 rainy season.

“For farmers who are able to farm this season, FAO’s programme will reinforce access to quality inputs which will boost yields and household’s food and nutrition status.

Koroma disclosed that due to the alarming humanitarian needs faced by agriculture-based households in Northeast an estimated 2.9 million people would face heightened food insecurity between May and September.

He said as a result of this FAO requested 31.5 million dollars in its 2018 appeal for the country and so far, 13.2 million has been mobilised, of which some funding is a carryover from 2017.

Koroma, however, said that under the multi-agency 2018 Humanitarian Resource Plan for Nigeria, the country needs an estimated 1.05 billion dollars to reach 6.1 million people in need.