The resurgence of the Ebola disease in Guinea requires a fast response that will allow the country to mitigate its negative impact, an official said.

The resurgence of the Ebola is happening against the backdrop of the global COVID-19 health crisis, the organisation said.

On Sunday, the Guinean government declared an epidemic of the Ebola disease in the south-eastern region of Nzerekore, pursuant to confirming four related deaths.

A network of more than 700 trained Red Cross volunteers has been mobilised to provide an emergency response.

“We need a response that is faster than the virus itself.

“Unless the response is swift, the health, economic and social impacts are likely to be immense for millions of people in a country with a relatively weak health system, and where more than half of the population lives below the poverty line,’’ Mukhier said.

The IFRC’s official added that though the resurgence of the disease occurred during the COVID-19 pandemic, the recent medical discoveries would help to contain the new outbreak.

“Time is of the essence.

“The resurgence of the virus in Guinea comes at the worst possible time when the country is already facing the COVID-19 pandemic.

“While we are extremely concerned, we are also reassured by the lessons we learned from previous outbreaks, and by recent medical advances,’’ Mukhier said.

The Ebola virus is transmitted from human to human via contact with the bodily fluids of an infected person.

The World Health Organisation estimates it to have a 50 per cent fatality rate.

More than 11,000 people in Guinea were killed during the worst-ever Ebola outbreak in history between 2014 and 2016.

In response to the new outbreak, the IFRC and Guinea Red Cross have started to assist the country’s communities to prevent its spread.

The Red Cross volunteers will provide services such as contact tracing, psychosocial support, water, sanitation and hygiene, and if needed, safe burials.

Meanwhile, the AU is due to send an emergency team of experts to Guinea as part of efforts to tackle an Ebola outbreak, recently detected by the government of the Western African nation.

The health authorities in Guinea declared an outbreak of Ebola over the last weekend, reporting at least three fatalities caused by the disease.

The resurgence was detected in the Goueke sub-prefecture, located not from the country’s second-largest city of Nzerekore.

The previous Ebola outbreak ended in 2016.

“The Africa Centre for Disease Control and Prevention (Africa CDC) is preparing to deploy an advance emergency response support team of experts in the next 48 hours.

“It will continue to mobilise its expertise and resources to support the response,” the bloc’s statement said.

The country’s government has already put in effect some emergency response measures, including the contact-tracing and isolation of suspected Ebola infections, which amount to at least seven.

All of them started showing Ebola-linked symptoms after attending the Feb. 1 burial ceremony of a nurse, who was the first to succumb to the disease on Jan. 28.

Additionally, the authorities are set to obtain more Ebola vaccines from the World Health Organisation as part of the response to the deadly disease.

Previous: Sierra Leone takes measures against Ebola after outbreak in Guinea
Next: Nigeria on course to end gas flaring by 2025, says minister 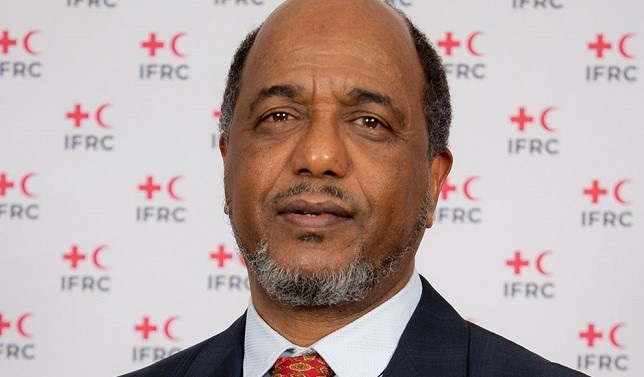 Red Cross teams in Guinea and across West Africa are ramping up response efforts to ...