African Civil society organisations (CSOs) have raised concerns on lack of follow up and implementation of environmental policies by African governments. 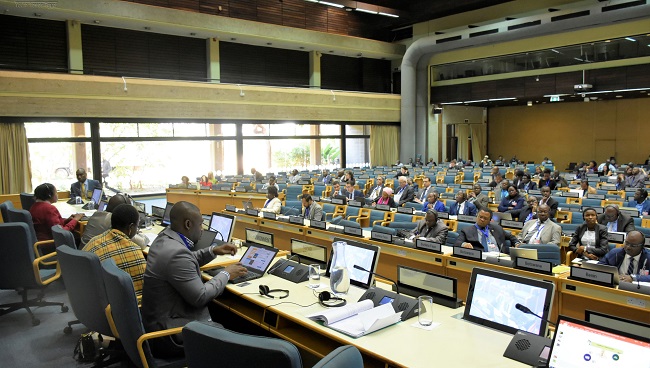 In a statement to the 7th special session of the African Ministerial Conference on the Environment (AMCEN), the CSOs observed the need to move away from talk shows where policies are discussed but little or nothing is done in terms of implementation.

With reference to the theme of this year’s AMCEN, “Turning environmental policies into action through innovative solutions”, the CSOs called for coordinated approaches in the implementation of activities, and avoid a stand-alone working culture by government ministries, which they said, was currently the case in most African countries.

They bemoaned most governments’ insistence on the top to bottom approaches and disjointed policy implementation.

“We have been part of this process for a long time and having policies after policies at both local and national levels but what we have had challenges with is how to implement these policies,” said Mithika Mwenda, Secretary General of the Pan African Climate Justice Alliance (PACJA). “It doesn’t matter so much that we meet every year and do a declaration, what we are looking at is how to put these issues into action.”

And in support of addressing the perennial market access challenge especially among smallholder farmers, the CSOs believe the promotion of public- private partnerships and platforms in marketing of agricultural products among government ministries, could help farmers move up the economic ladder.

Another issue of concern for African CSOs, which formed part of their two-day consultation prior to the AMCEN, is resource and waste management. Under this pillar, they called for life cycle approaches, urging governments to integrate informal sector such as private waste collectors into formal policies and laws, monitoring and promote the principles of extended producer responsibility and encourage take back schemes combined with financial incentives to encourage recycling programmes.

“We further urge the governments to integrate sound waste management practices at school curricula and integrate these into education policies to encourage attitude change,” they said.

And with the realisation that Africa was a net importer of goods and services, the CSOs called for development of a cost-effective way of protecting Africans from chemical hazards in the imported goods.

“To regulate such, we urge African ministers to support the establishment of a new global framework for plastic pollution and nominate African experts to the ad-hoc expert working group on marine litter and micro plastics mandated by UNEA 4,” they proposed.

According to available statistics, air pollution is believed to contribute to over 9 million premature deaths (16% of all deaths globally), especially linked to inefficient waste management such as open burning.

On this score, the CSOs said they would like to see air pollution control as a high priority for African governments through integrated planning, health surveillance, and transparent reporting mechanisms, not only to slow the pace of climate change but also control non-communicable diseases.

The civil society organisations were drawn from across Africa under the umbrella of the Pan African Climate Justice Alliance (PACJA).