COP24 urged to step up ambition in response to IPCC report

December 10, 2018 Comments Off on COP24 urged to step up ambition in response to IPCC report 563 Views

Ministers arriving in Katowice this week for the UN climate talks have been called on to demonstrate their understanding of the current climate emergency through words but more importantly through actions. 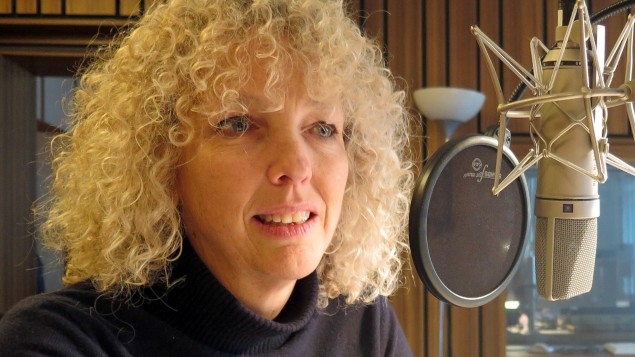 Jennifer Morgan, Executive Director, Greenpeace, who made the call on Monday, December 10, 2018, said ministers must anchor messages of the IPCC 1.5 report, ensure that the Paris rulebook drives ambition, and pledge greater financial support to aid the developing world calling on countries like Norway, New Zealand, Australia, Japan, and the EU countries to deliver on financial pledges.

Morgan expressed concern over the present COP Presidency, saying: “There is no working group on ambition. How can you be a COP President of all the countries in the world after the IPCC report and not set up a group to figure out a signal that needs to be sent here on ambition? We call on him to open up such a negotiating group and to get real about what’s happening on climate change.”

Apart from persistently blocking the current negotiations, the United States is said to be hosting a sideshow at COP24 supporting fossil fuels – and reportedly undermining its credibility in the negotiations. Observers expect the American ministers to struggle to find strong footing in the political discussions as a result of their ongoing disruptions of constructive climate dialogue.

However, the USA is also represented through the “We Are Still In Coalition”, which represents half of the domestic population and over $9.4 trillion in economic activity.

“The leadership that you can see at the US Climate Action Centre more accurately reflects the transition that is underway in the United States and should be the symbol that other ministers and the political leaders this week use to guide their own ambition for the future of the Paris Agreement,” said Lou Leonard, Vice President, Climate Change, WWF-US.

Saturday’s failure to acknowledge the IPCC 1.5 report in Subsidiary Body for Scientific and Technological Advice (SBSTA) should send a clear message to the arriving ministers that delivering a full ambition package is crucial in this week’s negotiations.

“Without ambition, without concrete actions to deal with the climate crisis, the most wonderful rulebook in the world wouldn’t make a difference,” said Jennifer Tollmann, Researcher, Climate Diplomacy, E3G.

“With regards to the rulebook we have seen progress being made, but we are now at a crossroads. Ministers may now strengthen it and add ambition as a concrete element or they can water down the rulebook, thus undermining the Paris regime. Today’s start on finance consultations is equally crucial in developing the rulebook groundwork on which ambition can be built. Further, Tollman highlighted the existing loopholes, transparency framework, and loss & damage and land use accounting which could undermine ambition. These need to be addressed in ernest to streamline options before presenting text to Ministers.”

Svitlana Romanko, EECCA Regional Coordinator, 350.org, spoke out against the Polish authorities attempts to silence civil society through arrests, detention and deportation. Several civil society activists have been detained and deported as they tried to reach Katowice for COP24. These events are starkly contrasted by today’s 70th anniversary of the UN’s Declaration of Human Rights. Romanko asked the UN to set clear and strict guidelines for hosts countries to prevent such repression and stop the arbitrary detention of civil society activists.

The first week of negotiations have reportedly failed to develop a backbone for climate finance. Kashmala Kakakhel, Climate Finance Specialist and Advisor, set expectations for week two by describing the four key elements that need to be discussed.

Kakakhel said: “Firstly, we need to acknowledge the rising costs of climate change and the imperative to put the needs of the people in the forefront. Secondly, although there are existing arguments that several hundred billion dollars are already being put into climate related initiatives, we need to consider the net value and the actual assistance seen on the ground.

“Thirdly, developed countries must stop blocking dialogue on post 2025 financial targets. If we ask countries to lay out plans till 2030 how can we not have a discussion on support for post-2025? Lastly, finance is the key driver for ambition and we need to see greater commitments to the Green Climate Fund. Real money will lead to real climate action.”

Like Loading...
2018-12-10
admin
Previous: Africa to need $7b for rice imports by 2020 – FAO
Next: UN celebrates 70th anniversary of Universal Declaration of Human Rights