The UN Children’s Fund (UNICEF) has ranked Nigeria as second highest-risk country where children are susceptible to the impact of climate change.

In its “Children’s Climate Risk Index” ranking of 163 countries released on Friday, August 20, 2021, the UN agency ranked Central Africa Republic (CAR) the highest risk country, while Nigeria and Republic of Chad followed as second on the list.

The report, however, noted that investment in social services, particularly child health, nutrition and education could
help to reverse the trend, safeguard children’s future and provide better protection against climate change.

“Only one of these countries is ranked as `extremely high-risk’ in the index. Young people living in Nigeria
are among those most at risk of the impacts of climate change, threatening their health, education and protection.

“These findings reflect the number of children impacted today, with figures likely to get worse as the impact
of climate change accelerates.”

It quoted the UNICEF Nigeria Representative, Peter Hawkins, as saying that investment in water, healthcare
and education would help to reduce the impact of climate change on children and protect their future.

Hawkins said that climate change remained a child’s rights crisis, adding that, “so far, little had been done to address it.”

The report advised that greenhouse emissions be reduced, as children were more susceptible to toxic chemicals and temperature changes.

The UNICEF report ranked countries based on children’s exposure to climate and environmental shocks — such as cyclones and heatwaves, as well as their vulnerability to those shocks, based on their access to essential services.

The report called on governments, businesses and relevant stakeholders to increase investment in climate adaptation and resilience in key services for children.

These services, according to the report, include water, sanitation and hygiene systems, health and education services.

The report also called on countries to cut their emissions by at least 45 per cent by 2030 to keep warming to not more than 1.5 degrees Celsius.

It urged governments to include young people in all national, regional and international climate negotiations.

Previous: Group describes penalties for gas flaring under PIA as too weak
Next: Govt begins airborne geophysical survey in 19 states in September 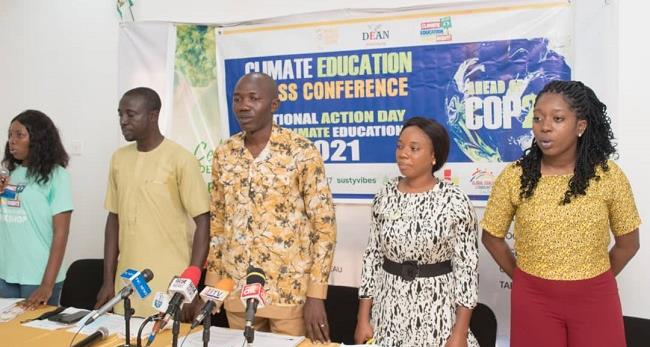 As part of conscious efforts to enhance public knowledge on environmental sustainability, DEAN Initiative has ...