China and France have reaffirmed their commitment to deepen and broaden their cooperation on environmental protection and climate change. 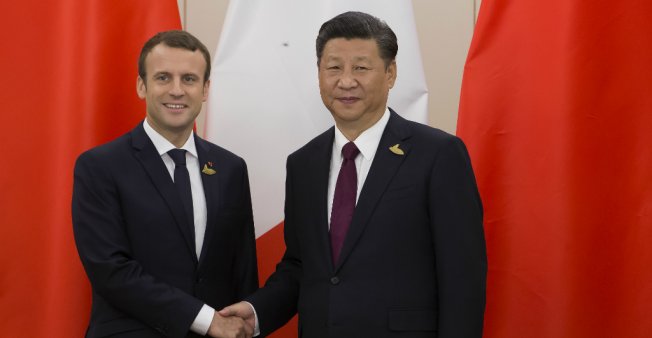 At the invitation of Chinese President Xi Jinping, French President Emmanuel Macron visited China last week and discussed a number of issues with the Chinese leader, including the increasingly important sustainability agendas of both countries.

In a joint statement issued at the end of the visit, China welcomed the convening of the One Planet Summit in Paris in December of last year. At the Paris Summit, leaders underscored how financial flows are shifting billions and trillions towards a low-carbon future that will benefit peoples and livelihoods, and made a number of significant climate action announcements.

Also in the statement issued at the end of the meeting between Presidents Xi Jinping and Emmanuel Macron, France welcomed the official announcement by China on December 19, 2017 of the launch of its national emissions trading scheme.

Both countries said they were satisfied with the progress made on green finance since the work was initiated under the Chinese presidency of the G20.

“China and France will work together with other parties to raise state ambition before 2020. The Paris Agreement must be implemented in accordance with the principles of equity, common but differentiated responsibilities and respective capabilities, taking into account different national conditions,” the statement reads.

Furthermore, the two nations intend to continue their constructive dialogue on the elaboration of a Global Environment Pact, an initiative proposed by the French government in September 2017 on the sidelines of the UN General Assembly. And they committed to strengthen their exchanges on COP15 of the Convention on Biological Diversity and the IUCN World Conservation Congress 2020.

Finally, the China and France announced their decision to launch a “Franco-Chinese Year of the Environment” and said they would continue to identify and implement joint projects on sustainable cities, cooperate further to advance the development of Franco-Chinese oceanographic and astronomical satellites, along with strengthening their collaboration on the study of climate change using space technologies.