August 14, 2015 Comments Off on Changing lifestyles to cope with climate-related health issues 862 Views

The increasing occurrence of climate-related health issues is now a global concern and risk due to the erratic changes in the environment. Climate change is aggravating natural disasters and causing more casualties. Higher temperatures, sea level rise and changes in precipitation with more weather extremes are having negative effects on public health, causing a rise in mortality, displacement, and morbidity in communities worldwide. Storms and typhoons are more intense in parts of Asia and flooding more widespread. Higher temperatures are clear with the prevalence of heat waves in Pakistan, Iran, Iraq and India, in the wake of which more than 2,000 lives were lost. Health systems can expect to experience these effects of climate change across regions and nations. 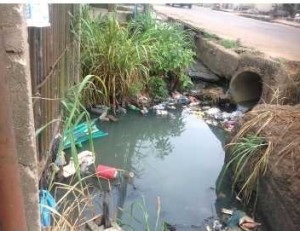 So many people are still in the habit of throwing waste on the road and in gutters; they litter the environment, causing blockages and stagnant water in drainages and gutters, and creating conducive breeding grounds for mosquitos

With regards to Nigeria, research findings on the impacts of the changing climate on vector- borne diseases indicate that higher temperatures would increase the spread of malaria and other infectious diseases such as trachoma at a faster rate. Many other existing diseases and conditions will get worse, and there will be an influx of new pests and pathogens into virgin regions or communities. In order to curtail this spread, we have to change our habits of waste management and cleanliness. So many people are still in the habit of throwing waste on the road and in gutters; they litter the environment, causing blockages and stagnant water in drainages and gutters, and creating conducive breeding grounds for mosquitos.

There is still a lack of adequate supply of public toilets causing people to defecate in public areas, which is detrimental to health because it can contaminate drinking water when floods occur as a result of climate change. This contaminated water causes sicknesses like cholera and typhoid that could be fatal if not properly treated.

The most vulnerable people to climate related health risks are children, the aged, the poor and those with underlying health conditions, in rural and urban areas, some of which do not have access to health care and facilities.

Our health care infrastructure and delivery systems which are already being stressed by the effects of climate change will further deteriorate if measures are not put in place. The Ebola crisis in Nigeria showcased the prospects of a strong health sector for the country; citizens were educated, the spread was contained within a short time and eradicated completely from the country. Some of the activities used to achieve this were persistent campaigns and awareness by the media. This same approach is necessary to educate Nigerians on the relationship between climate change, health risks and lifestyles.

ALSO READ:  Why all government ministries should take up climate campaign, by Espinosa

The government has to intervene by enforcing the eradication of low standard cars on roads that pollute the atmosphere. This adds to greenhouse gases and increase the risk of cardiovascular and respiratory diseases such as asthma. There has to be enforcement at sea ports to eliminate the dumping of toxic waste by developed countries. Lastly, the government should apply more stringent measures to execute punitive measures that will eliminate the business-as-usual approach by multinationals of contaminating and degrading the environment in the Nigerian oil and gas sector.