A non-governmental organisation (NGO), WildAid, has advised against indiscriminate consumption of bushmeat to avert the extinction of some animals.

Mr Linus Unah, West Africa representative, WildAid, gave the advice in Lagos on Tuesday, January 12, 2021 at the launch of its Campaign against Bushmeat Consumption.

Unah said that a report commissioned by WildAid in the last quarter of 2020 exposed widespread bushmeat consumption in Nigeria, especially across Lagos, Abuja, Port Harcourt and Calabar.

According to him, the reports says people consume bushmeat mainly because of its taste, cultural dictates, and health benefits, while disregarding its potential links to zoonotic diseases, including COVID-19.

“We need to educate urban Nigerians, who typically live far away from forests where bushmeat is often harvested, about the risks of zoonotic diseases, the conservation impact of bushmeat trade and the fact that current wildlife laws prohibit the hunting and trade of several species,

“Faced with enormous threats including hunting for bushmeat, wildlife species in Nigeria have declined dramatically over the past 50 years.

“Between 2016 and 2019, over half of the Pangolin scales seized globally come from Nigeria.

“The illegal wildlife trade is estimated to be worth $7 billion and $23 billion annually,’’ Unah said.

In his welcome speech, Dr Muhtari Aminu-Kano, the Director-General of Nigerian Conservation Foundation (NCF), thanked WildAid for choosing to partner NCF in the campaign against bushmeat.

Represented by Stephen Aina, Species Programme Coordinator, NCF, Aminu-Kano called for the conservation of wildlife to conserve balance in the eco-system.

In her Goodwill Message, Mrs Stephanie Linus, a Nigerian veteran actress and also WildAid Bushmeat Campaign Ambassador, called for the collaboration of everyone in the campaign against indiscriminate consumption of bushmeat.

“We need to act now to protect our wildlife,” Linus said.

Ofua said it was disheartening to see the sale of protected species of wildlife sold in the open market.

He called on the law enforcement agencies to do the needful in this regard.

Knights noted that the organisation had worked successfully in East Africa in the areas of wildlife conservation. 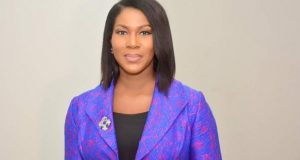 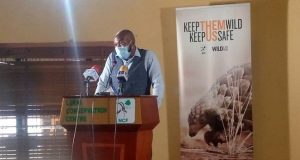 The advent and rise in zoonotic diseases such as Ebola, Monkey-pox and Avian influenza and ...