Nigeria has welcomed the progress made in the first week of the ongoing intersessional climate talks under the United Nations Framework Convention on Climate Change (UNFCCC) taking place in Bonn, Germany from April 30 to 10 May, 2018. 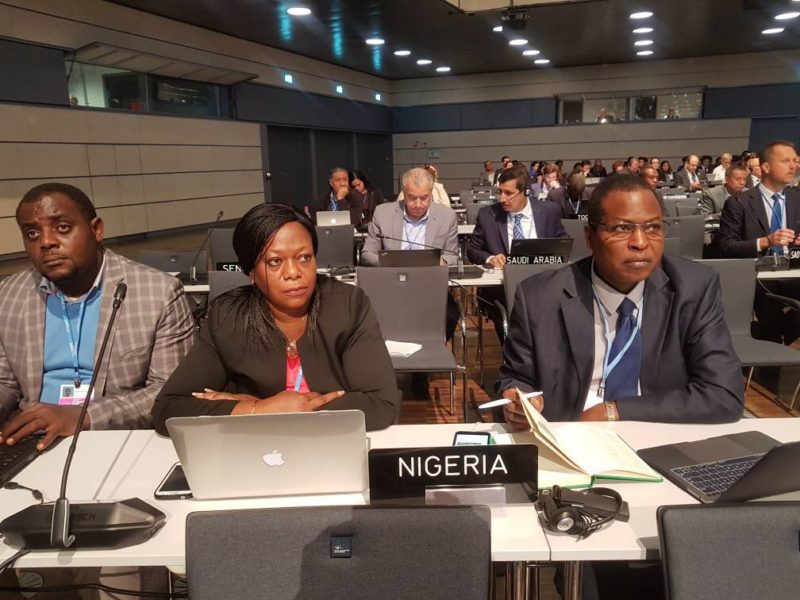 Head of a four-man Nigerian delegation to the summit and Director, Department of Climate Change in the Federal Ministry of Environment, Dr Peter Tarfa, disclosed in a document made available to EnviroNews on Saturday, May 5, 2018 that the country was ready for constructive discussions in the next week to ensure progress in the Bonn session, which is aimed to further develop the guidelines needed to fully implement the Paris Climate Change Agreement, and also consider the outcome of the Talanoa Dialogue.

According to Tarfa, Nigeria’s stand, which aligns with that of the African Group of Negotiators, are that:

Key focus of the meeting in Bonn entails making progress related to the completion of tasks concerning the implementation of the Paris Agreement (PA) known as Paris Agreement Work Programme (PAWP) and a set of decisions required to operationalise the Paris Agreement. The work is to be completed at the Katowice Climate Change Conference in December 2018, and a good technical progress will be required at the Bonn session to achieve the objective.

Related discussions in the negotiations focused on:

Other important themes in the PAWP being discussed in Bonn include:

A major issue in Bonn, the Talanoa Dialogue, is a global conversation about the efforts to combat climate change involving both parties and non-party stakeholders. The COP launched the Talanoa Dialogue at COP23 and established the “Fiji Momentum for Implementation,” a decision that gives prominence to pre-2020 implementation and ambition.

The Dialogue focuses on three questions related to countries’ efforts to combat climate change: Where are we? Where do we want to go? How do we get there? Its preparatory phase started in January 2018 and will last until December, followed by a political phase at the COP24 in Katowice, Poland.

In line with the decision of the COP that requested all parties to hold national dialogues, Nigeria plans to hold its National Dialogue after the Bonn session through assessment exercise under the Global Stocktaking Exercise of Climate Action of the United Nations Framework Convention on Climate Change.

According to Tarfa, all information gathered will feed into the UNFCCC global stocktaking portal where it will be highlighted in the UNFCCC Synthesis Report which will be released by the end of 2018.

He disclosed that a two-day national stakeholders’ Stocktaking dialogue on climate action would hold in Abuja between September and October 2018, and will also provide an opportunity for party and non-party stakeholders to discuss extensively on the progress of #ClimateActionNG, and available opportunities for improvement using the Talanoa Dialogue methodology.

Like Loading...
2018-05-06
admin
Previous: Bonn talks: Polish Presidency urged to step up ahead of COP24
Next: Cross River NITP asks government to establish urban planning board