Close to 500 organisations and 140 leading economists on Wednesday, May 9, 2018 in Bonn, Germany called on parties gathered for the latest round of climate negotiations to address fossil fuel production and financing in order to ensure success in meeting goals enshrined in the Paris Agreement. 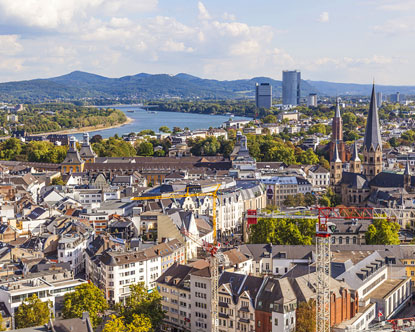 In a submission to the UN’s “Talanoa Dialogue,” civil society organisations from around the world have highlighted their demands in the Lofoten Declaration, adopted in 2017 and since endorsed by some 600 organisations worldwide. The Declaration states “that it is the urgent responsibility and moral obligation of wealthy fossil fuel producers to lead in putting an end to fossil fuel development and to manage the decline of existing production.”

While the Paris Climate Agreement was largely hailed as marking the “end of the fossil fuel era” by journalists after the 2015 Paris climate summit, fossil fuel production has thus far been left out of the official discussions of its implementation. Meanwhile, research has shown that existing production of fossil fuels, if left unchecked, is not compatible with achieving the Paris Agreement’s goals.

“The Pacific Islands Development Forum is proud to be a signatory of the Lofoten Declaration that seeks an end to fossil fuel development and to manage the decline of existing production. Technologically, we are now in a position to wean off fossil fuels well before 2050. The only reason why fossil fuel exploration continues is because of powerful people with vested interests and the political influence that they wield.

“The Lofoten Declaration is sending the message that there is no future for fossil fuels in a planet experiencing the current level of climate change. It stands to reason that fossil fuel exploration, and eventually production, must come to an end if we are to fulfil the commitments of the Paris Agreement which almost all countries in the world have now ratified,” said Pacific Islands Development Forum Secretary General François Martel.

In a parallel move, the “Not a Penny More” declaration focused on finance sectors has also been submitted to the Talanoa Dialogue, recommending an end to new fossil fuel investments and a dramatic increase in investments in renewable energy. The declaration is signed by over 140 economists from around the globe.

While world leaders have spoken out about the need for increased financing for climate solutions, they have remained largely silent about the other, dirtier side of the equation: the ongoing finance of new coal, oil and gas production and infrastructure. We inherit the world we invest in, and the world’s public and private funds continue to pour capital into new extraction and carbon emitting fossil fuel projects.

“The Talanoa dialogue asks us where do we want to be and how we get there. Our answer is that we want to be in a world free of fossil fuels and to get there we need to put an end to financing of coal, oil and gas and also nuclear power plants,” said Anu Muhammad, Professor of Economics, Jahangirnagar University, Dhaka, Bangladesh.