Beyond the climate refugee: Migration as adaptation

July 14, 2015 Comments Off on Beyond the climate refugee: Migration as adaptation 1,178 Views

Misconceptions about climate-induced migration could lead to inadequate support for affected populations, according to the Worldwatch Institute’s State of the World 2015 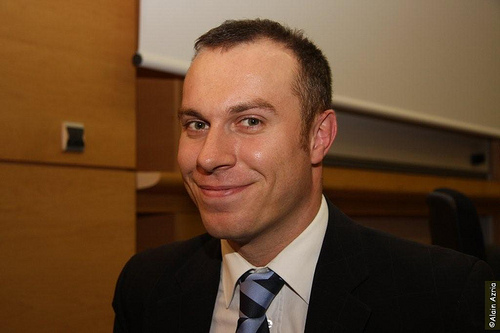 Francois Gemenne, executive director of the Politics of the Earth programme at Sciences Po in Paris and a senior research associate with the University of Liège in Belgium. Photo credit: flickriver.com

Between 2008 and 2013, some 140 million people were displaced by weather-related disasters; meanwhile, gradual displacements, such as those caused by droughts or sea-level rise, affected the lives of countless others. These “climate refugees” have become the human face of global warming, their very movement seen as a threat to global security. State of the World 2015 contributing author Francois Gemenne exposes the dangers of misrepresenting climate-induced migration as a decision of last resort, rather than as a choice in human adaptation.

“The conception of migrants solely as victims…might actually hinder their capacity to adapt, and induce inadequate policy responses,” writes Gemenne, executive director of the Politics of the Earth programme at Sciences Po in Paris and a senior research associate with the University of Liège in Belgium.

Today’s policies on climate change cast migration as an impending humanitarian catastrophe and as a failure to adapt to changing environments back home. As a result, policies focus on reducing migration, commonly assuming that overwhelming flows of migrants from poor countries will be flooding industrialised countries.

“Current adaptation policies tend to focus on the right to stay,” writes Gemenne. Today, governments are aiming to reduce the number of people who are forced to migrate, ignoring those who might in fact prefer to leave but are forced to stay against their will or ability. “Extending the migration options of populations…would require a broader development agenda.”

People who would choose to migrate face many barriers. Migration is expensive, sometimes costing several years’ worth of a migrant’s income. Moving also comes with various administrative barriers, such as the possible loss of social benefits and protection. The lack of information about employment and the competition for land at the destination can limit people’s ability to relocate.

Two policy avenues should be considered when addressing climate-induced migration, argues Gemenne. The first is to provide migration opportunities for the most vulnerable populations, including improving access to resources, information, and networks to allow them to relocate. The second opportunity lies in adapting destinations, such as urban areas in developing countries, to host and integrate communities of migrants.