Being a Good Samaritan in Lagos

Tina Armstrong-Ogbonna recalls a recent experience when, against all odds, she offered a helping hand to a dying man on the streets of Lagos 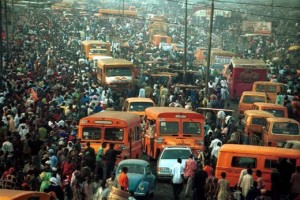 My office is located at a very strategic position between Lagos-Abeokuta Expressway and the Government Residential Area (GRA) in Ikeja.. It is along the popular Adekunle Fajuyi Way. When you step outside the gate you are greeted by a chaotic presence of commercial motorcycle riders, popularly called “okada” who pack indiscriminately to pick or drop passengers. Every night the out gate of my office is a small community of traders, serving these okada men and passers-by.  The trading entails the sale of recharge cards to food items such as yam, bean cake and “suya” (barbecued meat).. In a community like this it is not unexpected to have miscreants who are on the lookout for a prey.

On Monday the 5th of June 2012, a day after the Lagos Dana Airline fatal plane crash, every corner you turned people were discussing the incident. I was getting ready to go home but wanted to buy something, when I noticed an usual crowd of people just close to the office gate. My curiosity made me to move closer to behold a pathetic site of a man that appeared to be convulsing. As it is common in Lagos, on-lookers gathered but none of them was willing to offer a helping hand to the dying man. While some were not sure about about how it happened, others were scarred of talking as almost everyone was starring as life was beginning to leave the man who was on the bare ground. A woman was crying and begging anyone to assist so that the man could be given some assistance or taken to the nearest hospital. At this point, I asked if his mobile phone was in his pocket and someone gave it to me. I scrolled through the log of recent calls but there was no airtime on his mobile phone. I then recharged my phone with some airtime and started dialing the numbers on his phone. Some of the phone numbers were not going through. His sent messages were not available; I checked through his inbox messages and also contacted some of the numbers found there. I noticed that as the calls were not coming from his phone the respondents wanted to know who I was. I told them how their numbers were found on the man’s phone; I then called out the man’s number if they were familiar with the number on their phones. At some point the crowd of okada riders reduced from the scene as some people confirmed the man was dead. The man’s phone was not helping the situation as I could not recharge his phone with airtime because the keypads were weak and not responding. I decide to call the Lagos State Emergency Service number of 767 to come to the scene. Some of the people around me were murmuring that what we were doing would eventually put us in trouble, that if the Police should come to the scene we would all be arrested and taken to the Police Station for further questioning.

As all these went on, I was shaking deep down but kept my cool outwardly because I was now the person at the centre of the pandemonium. At a point some of the numbers we called started responding and asking of the location of the man. Lots of suggestions were coming from different passers-by, who advised me to be careful and some even asking me how I got the man’s mobile phone. The people I started out with in helping the man started to leave but I decided to help till when the victim’s family member or friend can be contacted.

I called a senior colleague to inform him of the situation and where I was just in case the situation turned unsavoury. One of the person I called earlier called back to inform me that she was on her way and would soon be with us. Out of the blues came two girls in their early 20s and they started screaming and crying in panic. One of them claimed to be the man’s daughter. At this point people tried to calm them down to explain what had happened. The friend of the daughter was rolling on the ground while the daughter was trying to call some family members. I felt a bit relieved when the Lagos State Emergency Service ambulance arrived to attend to the man. After some medical check they asked the large crowd of onlookers what happened to the man and nobody was willing to answer. I raised up my hand and told them how I called their number for emergency assistance, after I tried contacting numbers found on the man’s mobile phone. By this time, the man’s wife came to the scene as the daughter had contacted her elder brother who came with his mother.

The medical personnel confirmed that the man was lifeless but the wife in a state of shock disagreed and started calling on her husband’s name as she was praying for him. The emergency service officials told us we should have called earlier enough when the man was first noticed as the apparent delay in calling the emergency service worsened the man’s condition. Family members, which included the wife, son and daughter, along with her friend, began making plans to carry the lifeless body to the hospital.

I realised I had spent about two hours trying to be a good Samaritan and had to go back to the office for my bag. I learnt something in the course of my helping to contacting this poor, innocent man whose children confirmed was not really strong because he had a heart condition.

Most people when confronted with this kind of situation are afraid to help because they believe the police would arrest them and take them to the station for questioning. In most cases, such persons have ended up been implicated. Secondly, people should learn to save the phone numbers of their loved ones and family members in a way that, in case of an emergency, they could easily be identified. Last year, my immediate elder brother was involved in a fatal road accident that claimed the life of one of the four occupants of the vehicle and two others who later got paralysed.

In the accident, my brother lost his phone and all his personal belongings. The only phone number he could remember was my elder sister’s number because the number was easy to memorise. That was how the people who came to his rescue were able to contact us. When in a place surrounded by people, the individual that has volunteered to help should be careful because some pick-pockets could take advantage of the situation. When I was trying to help the man, I noticed how a young man always wanted to come close to touching my pocket and I caught him twice and gave him a knowing look which made him realise that I was aware of what he was up to. Because of the situation, I could not openly confront him.

Also, I have come to believe in the Lagos State emergency number of 767 and 112, which are toll-free. This was the second time I have personally called the numbers in an emergency situation and they responded. The first time was when a building was about collapsing around Maryland bus-stop opposite Channels Television and they came to the rescue, attesting that someone called their line about an emergency situation. I know people hardly believe when some government officials talk about how they would assist people, but I am a witness to the fact that that these emergency numbers are functional and the relevant agency would come to the rescue. 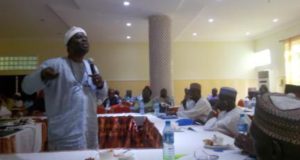 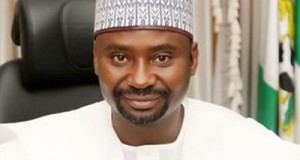 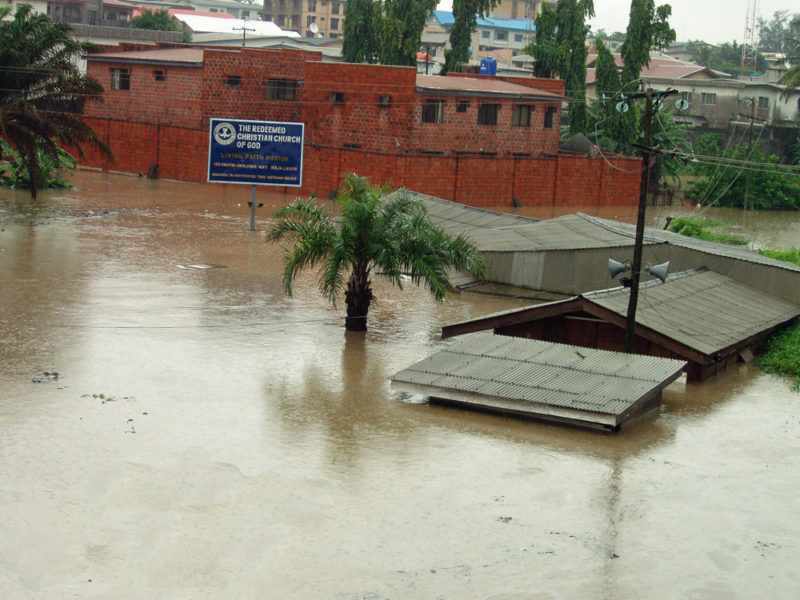 Two migrants fall victim of the vagaries of extreme weather conditions in Lagos, where drought ...