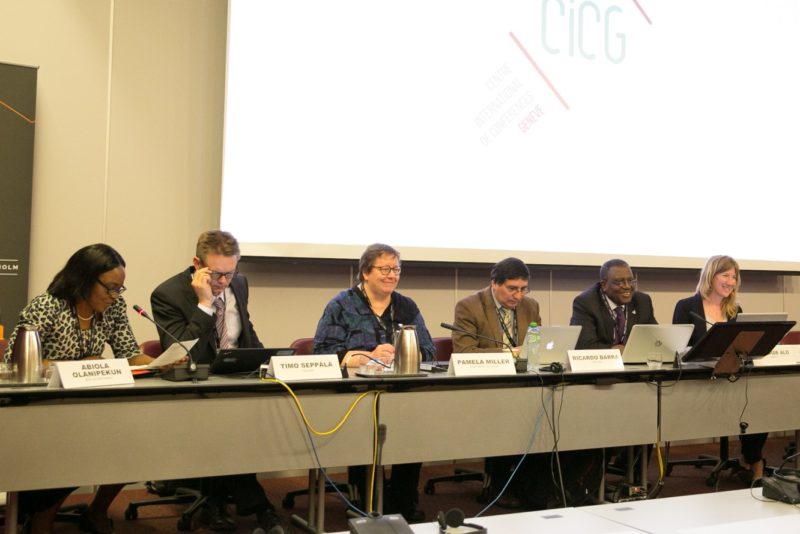 Indeed, 2017 is already living up to its tag as an important year for sound chemicals management.  Besides the ongoing triple COPs, the Minamata Convention on Mercury is expected to hold the first COP later in the year.  The 7th GEF Replenishment is also underway and negotiations will take place throughout the year with the new replenishment period beginning in July 2018.  Also this year, the GEF’s Independent Evaluation Office (IEO) has released the first comprehensive evaluation of the Chemicals and Waste portfolio’s performance.

In Geneva, two major side-events that held on Monday (April 24) and Tuesday (April 25) have set the tone for the two-week, three-in-one summit. 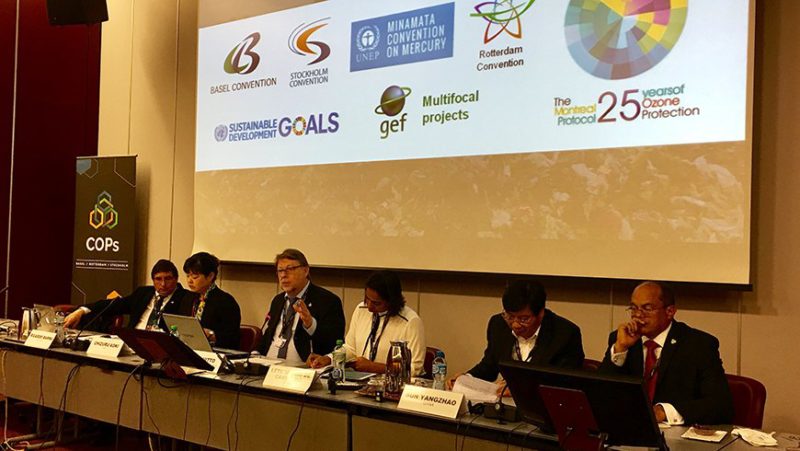 The Global Environment Facility’s (GEF) side event, titled: “Looking Back, Looking Forward – Programing for Impact”, held on Monday, April 24. According to officials, it was an opportunity for the IEO to present the findings of the Chemicals and Waste Focal Area Study with a discussion on how to use that information for future programming for impact.  Panellists and the audience took stock of the past as the organisation embarked on an important year of change and action in the area of chemicals.

The IEO has concluded that the GEF’s strategy and programming in chemicals and waste have been largely coherent with the relevant guidance issued by the two conventions for which the GEF serves as Financial Mechanism: The Stockholm Convention on Persistent Organic Pollutants and the Minamata Convention on Mercury.

On Tuesday, April 25, Nigeria with GEF-STAP (Scientific and Technical Advisory Panel) and the BRS (Basel, Rotterdam and Stockholm Conventions) secretariat hosted a side event titled “From Science to Action”.

Moderated by Ms. Brenda Koekkoek, who is of the Secretariat of the Strategic Approach to International Chemicals Management (SAICM), the lead paper was delivered by Professor Babajide Alo of the University of Lagos, who spoke on: “The need for science-policy interface”. Ms. Kei Ohno of the BRS made a presentation of the draft road map on From Science to Action.

A major decision to be taken by the BRS COP 2017 is on the need to strengthen the science-policy interface and to consider establishing a Science to Action road map for further engaging Parties and other stakeholders in an informed dialogue for enhanced science-based action in the implementation of the triple conventions – Basel, Rotterdam and Stockholm Conventions (BRS).

According to GEF, the organisation of its support for chemicals and waste has significantly evolved over time. The GEF Operational Strategy (1995) included an ozone programme, and that Strategy and the Operational Programmes served as the basis for ozone programming for GEF-1 and GEF-2. In GEF-3, the GEF introduced a dedicated program for POPs. GEF-4 marked the beginning of explicit support for sound chemicals management through a cross-cutting strategic objective.