August 15, 2013 Comments Off on Bamako Convention in flagship meeting, 22 years after adoption 1,419 Views

History was made a couple of weeks ago when Bamako, the capital of Mali, hosted the first gathering of the parties to a treaty adopted in the ancient city about 22 years ago.

The treaty, the Bamako Convention, was first adopted in 1991 and came into force in 1998. Nigeria is yet to ratify the agreement.

Indeed, the meeting of the first Conference of the Parties (COP 1) of the Bamako Convention on the Ban of the Import into Africa and the Control of Transboundary Movement and Management of Hazardous Wastes within Africa held 24-26 June, 2013. Among the expected initial organisational work of a first meeting, the assembled African nations selected electronic waste (e-waste), an unknown subject at the time of the 1991 adoption of the Convention, for strong continental action.

Since the 2005 release of the Basel Action Network’s (BAN) film and report “The Digital Dump: Exporting Re-use and Abuse to Africa,” Africa has been revealed as an ongoing destination for unwanted used electronics flowing from North America and Europe. Destinations such as Accra in Ghana, Nairobi in Kenya, and Lagos in Nigeria have been the subject of numerous subsequent studies and documentaries.

The Bamako meeting, however, marks the first time that African Parties have by themselves called for rigorous action to prevent e-waste dumping in a decision adopted by Parties to legal instrument or treaty.

The Bamako COP 1 e-waste Decision (Decision I/13) calls for:

In a reaction to the development, Leslie Adogame, SRADev Nigeria’s Executive Director, described the delay as shameful to the African continent.

His words: “Although we welcome the eventual coming on-board of the first session (COP 1) of the Bamako Convention which suffered a natural death since 1991, but this delay is shameful to the continent and has accounted for the poor management of hazardous waste and the e-waste dumping into Africa in the past 22 years (even though e-waste was not originally addressed within the convention).

“It is most shameful that Nigeria who should be seen to play a lead role in the continent has inadvertently lagged behind, Nigeria is yet to ratify the Bamako Convention after 15 years of its coming into force in 1998.

“It is not enough to just sign the Convention without Ratification, which was why Nigeria could only attend the recent Bamako meeting (COP 1) as an Observer.

ALSO READ:  Govt sues for peace ahead of clean-up in Ogoniland

“An observer status simply means no voice in the continent’s on-going rigorous action to implement the treaty or prevent e-waste dumping in a decision adopted by Parties to legal instrument or treaty.

“Moreover, following the global exposition of the Basel Action Network’s (BAN) film and report ‘The Digital Dump: Exporting Re-use and Abuse to Africa,’ which implicated Nigeria as one major destination for unwanted used electronics flowing from North America and Europe, we should be seen to be pro-active after all.

“We are urgently calling on the Federal Government to match words this time with action and move away from “environmental rhetorics”. Although we acknowledge the effort and achievements by NESREA in recent past at addressing the national scourge, this final take-off of this First Meeting of African Waste Treaty – Bamako Convention, the government would need to address immediately the illegal importation of e-waste through its porous borders as a priority, domesticate and harmonise the existing legislation in line with the Bamako Convention, strengthen and Fund a competent authority (NESREA) and establish the treaty Focal Point in addition to a national body to act as ‘Dumpwatch’ in liaison with NGO groups and other interest groups before the second conference of parties – COP 2.”

Some electronic scrap components such as CRTs are known to contain contaminants such as lead, cadmium, beryllium, mercury and brominated flame retardants.

In Nigeria, numerous ICT markets have emerged over the years but the popular Computer Village at Ikeja in Lagos stands tall, occupying about six hectares of land with over 400 registered businesses. People come from every nook and cranny of the country and even from countries within the West African region to buy computers, phones and parts in the market.

The wastes are processed and disposed using crude methods such as dumping in open land spaces or refuse dumps as well as open burning. Toxic chemicals are released into the environment with the crude disposal methods in use and in the process cause high risks to human health and the environment as some of these toxic constituents are carcinogenic and endocrine disruptors.

Since the days of the infamous Koko toxic waste dump in Delta State over two decades ago, Nigeria has consistently experienced cases of illegal toxic waste shipment into the country from Europe and the Americas. The National Environmental Standards and regulations Enforcement Agency (NESREA) had on several occasions detained some vessels that brought in e-waste into the country. Some vessels previously detained include: MV Maersk Nashville and M.V. Gumel.

The Federal Government through the Federal Ministry of Environment and the NESREA have intervened appropriately by developing draft National Policy on e-waste while NESREA has launched national E-Waste regulations. In cognisance of the environmental and human health challenges posed by e-waste, Lagos State Government through the Lagos State Environmental Protection Agency (LASEPA) and Lagos Waste Management Authority (LAWMA) also have ongoing initiatives on how to solve the e-waste menace in an environmentally-sound manner. 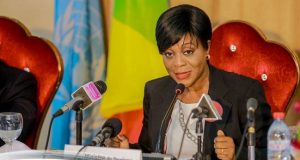 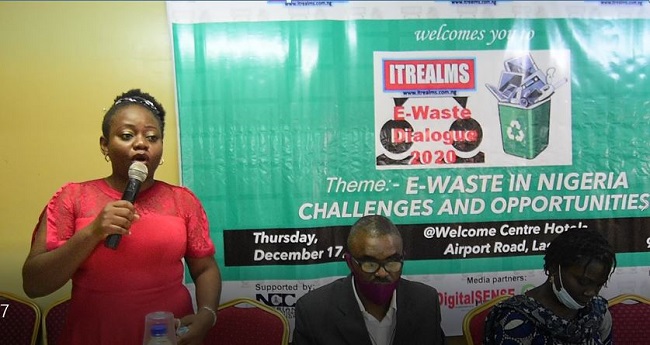 Nigeria will soon get a boost in the electronic waste (e-waste) sub-industry with the opening ...