The prospects of two urban centres came under focus recently as human settlement practitioners gathered for the umpteenth time to take stock of the fortunes of cities on the African continent. 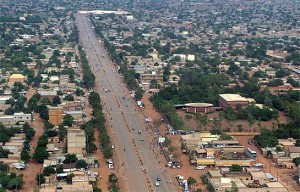 At the Sixth Edition of “Africities” held several weeks ago in Dakar, the Senegalese capital, local administrators from Burkina Faso and South Africa highlighted challenges facing the cities of Ouagadougou and Cape Town respectively.

Mayor of Ouagadougou, Simon Compaore, in a presentation, assessed the extension of the metropolis, which is the largest city in the country. With an estimated population of N1.2 million inhabitants,

Ouagadougou is divided into 30 sectors, with the 20 sectors of the periphery considered under-equipped. The city centre contrasts sharply with the zones of the periphery in the level of infrastructure and services provided. There appears to be limited resources for services in the growing urban area.

But Compaore stated that the city had been expanding and efforts made to cope through systematic planning.

Similarly, delegates also talked about the issue of densification of Cape Town, a policy that aims to improve the city’s efficiency and sustainability as well as improve the quality of the built environment. It was adopted last year February. 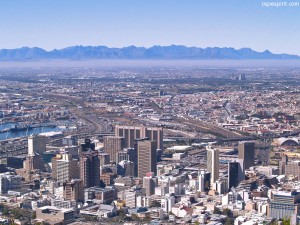 Densification implies the increased use of space, both horizontally and vertically, within existing areas/properties and new developments, accompanied by an increased number of units and/or population threshold.

Rapid and continuous low-density development in Cape Town is threatening the long-term sustainability of the city, and has created a number of challenges, including long travel distances, the erosion of urban vibrancy, loss of urban agricultural land, limiting access to opportunities, and causing operational inefficiencies and a wastage of supporting economic resources.

While hoping to achieve a minimum, average gross-base density of 25 dwelling units per hectare (ha) across the city as a whole, officials disclosed that densification can take place in the development areas of the city, on vacant infill sites within the developed areas, and on greenfield sites that are within the city’s planned growth direction.

At the close discussions generally, participants underlined the need for African countries to work together to bring African perspectives on related issues to the fore. The forum tagged the absence of the Association of African Planning Schools (AAPS) as significant, saying the body’s presence would have lent weight to the need for issue of curriculum development in planning schools in Africa.

Participants likewise underlined the need for higher level of collaboration between the AAPS and other continent-based organisations such as the African Planning Association (APA), the umbrella body of all professional planning institutions on the continent. The issue of languages came to the fore and one of the suggestions made is that planning schools should endeavour to make foreign languages as part of their curriculum.

APA Chairman, Waheed Kadiri, stated: “West African cities need to learn from approach to city improvement in other parts of Africa especially in the area of densification to achieve compactness. Other areas include the right of the citizen to the city – cities are for citizens and not cars. Open spaces should be given more prominence and, above all, the issue of informality in cities should be taken into consideration in future plans.”

Former South African president and patron of the Thabo Mbeki Foundation, Thabo Mbeki, at the opening ceremony, submitted: “All of us Africans (need) to act in unity to defend our collective right to African self-determination, to act in unity to advance the objective of the Renaissance of our continent and the African Diaspora, and to advance practically, expeditiously and rationally towards the achievement of the objectives of African Unity.”

The event featured three segments: the thematic sessions during which the theme of the summit was analysed and discussed; special sessions organised at the request of institutions, agencies or network wishing to work with the local governments; and political meetings.

There was also the Africities Exhibitions which was aimed at offering an “opportunity to public and private sector companies, public and private institution to civil society and international solidarity organisations as well as to local governments and their association”.