March 2, 2020 Comments Off on Agip urged to remediate spill site at Taylor Creek in Bayelsa 1,036 Views

The Environmental Rights Action/Friends of the Earth Nigeria (ERA/FoEN) has called on Nigerian Agip Oil Company (NAOC) to halt oil spills caused by leaks on its pipeline at Taylor Creek oilfields in Bayelsa State.

ERA/FoEN said that site visits to the impacted area by its field monitors in October 2019 showed that the leak was a result of vandalism which occurred around September 2019.

The appeal is contained in a field report signed by Alagoa Morris, Head of Field Operations at ERA/FoEN, made available to the News Agency of Nigeria (NAN) in Yenagoa, the Bayelsa State capital, on Monday, February 2, 2020.

ERA/FoEN, an environmental rights advocacy group, noted that the pipeline breach by suspected vandals since September 2019 have been left to wreak havoc to the environment and residents near the oilfield operated by NAOC.

The group said that although it condemns vandalism and attacks on oil installations, it’s devastating effect on the environment made their call to the operator imperative.

“In as much as ERA/FoEN is not in support of such attacks on oil facilities and condemns the act, it is incumbent on the facility owner to take necessary action promptly.

“This is where Agip should take responsibility for not clamping the ruptured spot and allowing condensate, crude oil and gas to continuing spewing for seven months.

“Whatever steps Agip might have taken, provided this spot has been left bubbling for over half a year makes the company culpable.

“If the company has a reputation of not attending to equipment failure incidents for up to two months; then this is not about cause of incident, but a corporate attitude which needs to change,” the report stated.

The group urged NAOC to take responsibility of the unclamped ruptured spot along the company’s pipeline in the Taylor Creek field.

They requested that NAOC should take immediate steps by moblising to site and clamp the ruptured spot on the company’s pipeline and clean up the impacted environment.

“They should follow up to ensure Agip does the needful.

“The Bayelsa State Ministry of Agriculture should also begin to take needed interest on how farmlands and fishing environment are impacted by pollutants in the common interest.

“The Yenagoa Local Government should follow up and, not only document such incidents, but do the needful in terms of stakeholders engagement; including communities, security agencies, NGOs and Media,” ERA/FoEN demanded.

Officials of Agip declined to comment on the incident. 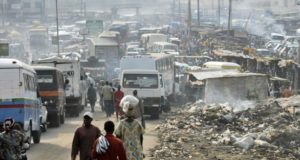 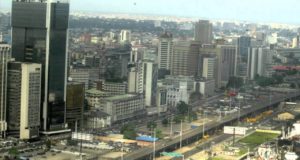