The Africa Climate Policy Centre (ACPC) of the United Nations Economic Commission for Africa (UNECA) has urged African countries that are yet to ratify the Paris Agreement to consider revising their Intended Nationally Determined Contributions (INDCs). 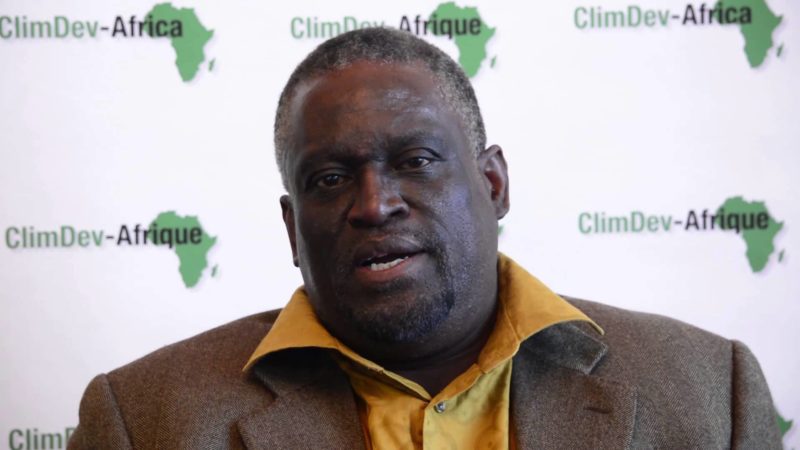 Speaking at a civil society workshop on the eve of the sixth Conference on Climate Change and Development in Africa (CCDA-VI) in Addis Ababa, Ethiopia, ACPC Officer in Charge, James Murombedzi, said an analysis of most INDCs has revealed a number of discrepancies which countries must revisit before they submit their instruments of ratification.

“The unprecedented momentum for ratification of the Paris Agreement present an urgent opportunity for African countries to revise their INDCs with a view to addressing the noted discrepancies and strengthening their ambition levels where appropriate,” says Murombedzi.

The Paris Agreement is set to enter into legal force on 4th November, 2016 after the 55% GHG threshold was reached in terms of ratification. Of the 81 Parties that have ratified the agreement so far, 15 are from Africa, representing just about 1% of global emissions.

The call by the ACPC head comes in the realisation that the basis of the Paris Agreement is the INDCs submitted by all parties in the lead up to COP21 as their national contributions to limiting global greenhouse gas emissions. Therefore, once a party ratifies the Paris Agreement, its coming into force means that the Agreement and all its provisions – including NDCs – becomes legally binding to that Party.

“The analysis by ACPC determined that most African NDCs are vague in their mitigation and adaptation ambitions,” says ACPC’s Solomon Nkem, adding: “They have failed to provide cost estimates, sources of funding, pledging emission cuts even when they do not have national GHGs emission records/inventories, while others committed cuts that exceed their current level of emissions.”

Nkem was however quick to point out that ACPC sympathises with African countries as most of them “outsourced the preparation of their INDCs.”

In view of the above, ACPC wants to use the CCDA VI as a platform to clarify these issues and help African countries make informed decisions regarding the implications of implementing the Paris Agreement in its current form, hence the theme: “The Paris Agreement on climate change: What next for Africa?”

Implementation of the Agreement has significant implications for Africa as the continent that will be most severely impacted by the adverse impacts of weather variability and climate change. The continent is already experiencing climate-induced impacts, such as frequent and prolonged droughts and floods, as well as environmental degradation that make livelihoods difficult for rural and urban communities. Increasing migration on the continent is both triggered and amplified by climate change.

And this is a point that Mithika Mwenda, Secretary General of the Pan African Climate Justice Alliance (PACJA), does not want Africa to lose focus on. “We, in Africa particularly, are concerned with the most important action – adaptation to climate change,” said Mwenda, pointing out that the continent should not lose focus of the most important aspects because “it’s time for Africa to now contextualise the Paris Agreement and what it means for the continent’s development prospects and aspirations.”

Like Loading...
2016-10-17
admin
Previous: Towards a better waste management regime in Lagos
Next: Climate activist prays for defeat of denier, Trump