Washington Bolivar, an indigenous activist in Peru, has received another sinister death threat in the immediate wake of his efforts to challenge the destruction of Amazon rainforest for timber extraction and conversion to oil palm. 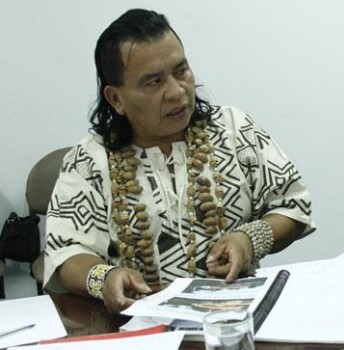 In the course of the last month, human rights defender, Mr Bolivar, received the following handwritten and explicit notes in quick succession:

“WASHINGTON…WE ARE GOING TO KILL YOU IF YOU KEEP ON SCREWING US. THOSE LANDS ARE NOT YOURS… YOU AND YOUR FAMILY WILL NOT LIVE. LET US WORK IF YOU DO NOT WANT ALL OF YOU TO DIE…”

The precise source of the threat is unknown at this time, but local activists and community leaders suspect that it refers to Mr Bolivar’s well publicised support of the struggle of the Shipibo community of Santa Clara de Uchunya in the Ucayali region of Peru. Over the last year the community has been actively opposing the destruction of over 5000 ha of their traditional forests for conversion to a palm oil plantation by a Peruvian palm oil company, Plantaciones de Pucallpa.

Plantaciones de Pucallpa is a member of the Roundtable on Sustainable Palm Oil (RSPO) and is linked to a group of companies controlled by businessman Dennis Melka and known in Peru to be part of the so called ‘Melka group’.

As highlighted by a recent FPP press release marking the visit of a community representative to the UK, the community’s struggle has been partly successful. On the 2nd September 2015, Peru’s central government concluded that the deforestation was illegal and suspended the operations (report in Spanish only).

ALSO READ:  Fires on the rise in Brazil’s Amazon despite ban

As a result of the denunciation, FPP now understands that the RSPO will initiate independent investigations into the case.

Mr Bolivar has informed the relevant authorities about the latest threat including the Human rights ombudsman and the Ministry of Internal Affairs. However, while he lodged similar complaints in September 2015 after receiving other death threats at that time, he feels that the Government has failed to take any effective measures to protect him, his family and the community.

Understandably, Mr Bolivar remains extremely concerned given the climate of fear and violence in Peru in which almost 60 human rights and environmental defenders have been killed between 2002 and 2014. These include the assassinations of Edwin Chota and three other Asháninka leaders from the village of Saweto in Ucayali in 2014.

“I am concerned but won’t remain silent, the world should know what Melka’s companies are doing to our lands. They destroy our forest and our biodiversity. The Government fails to stop this tragedy and then leaves our human rights defenders exposed to death threats and homicides. The company benefits from this environment while our people and the forests suffer.”

Meanwhile, Tom Griffiths from FPP’s Responsible Finance Programme highlighted that “the Forest Peoples Programme is glad RSPO is going to investigate these violations of its standards. We also trust that the RSPO will use all its influence with the concerned companies to ensure that no harm comes to community activists like Mr Bolivar.  Mr Bolivar is now very well known internationally.  All eyes are closely watching both the behavior of the Government and the Company in Ucayali.”

Robert Guimaraes, President of FECONAU, the indigenous organisation that represents the village of Santa Clara de Uchunya, has reiterated that behind the violence lies the failure of Peru’s government to address its obligation to provide secure legal recognition for indigenous peoples’ lands and rights and to follow through on its international pledges to protect forests.

“Community lands were issued to the company by the regional government of Ucayali in complete disregard for their legal rights to their traditional lands and with no process of consultation or consent. I am calling on human rights agencies and the international donors supporting Peru’s forest protection plans to insist that the State meet its obligations to protect indigenous peoples’ lands and rights”.

Peru has made ambitious commitments to stop deforestation as part of its climate change mitigation strategy, pledging to reduce net deforestation to zero by 2021. However, as exposed by this case and a 2014 report these promises are undermined by gaping loopholes in Peru’s legal framework and endemic corruption.

On repeated occasions since 2010, Peru’s government has recognised the centrality of securing indigenous peoples’ land rights as part of its climate change mitigation and adaptation strategy.  As a result it has secured high profile financial support from international donors including the World Bank and the governments of Norway and Germany. Despite this, these promises have failed to materialize and approximately 20 million ha of indigenous lands remain untitled and continue to be issued to mining, oil, gas and agribusiness interests.

In December at the UN’s Climate conference in Paris, Peru will announce its own voluntary commitment to climate change mitigation referred to as INDC’s. The measures include actions to protect forests yet other than a cursory reference to promoting participation of indigenous peoples, there are no clear commitments to safeguard indigenous lands and protect those defending the forests.

Plantaciones de Pucallpa is one of many companies registered in Peru with links to a complex corporate network effectively controlled by Dennis Melka. Mr Melka is a businessman who founded the Malaysian agribusiness company Asian Plantations whose operations have been similarly controversial in Sarawak, Malaysia. 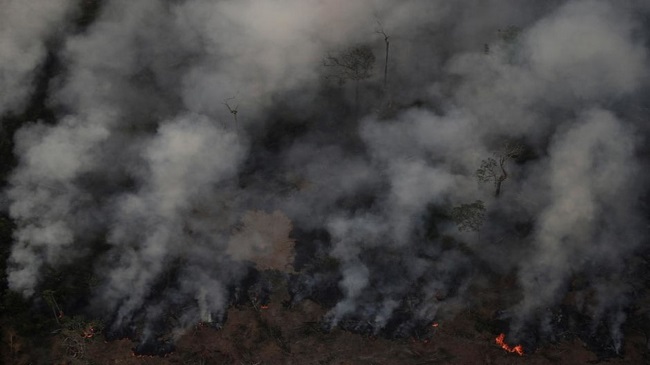 In spite of a ban, the number of fires in Brazil’s Amazon region continues to ...