When the impacts of climate change resulting from carbon emissions from North America and Europe were not widely known, Thomas Sankara’s regime implemented tree planting to combat desertification.

This was the submission by a gathering of campaigners on February 26, 2021 during a discourse on the life of the former President of Burkina Faso, who assassinated on October 15, 1987 in Ouagadougou.

Health of Mother Earth Foundation (HOMEF), in the first series of its Conversations for 2021, organised in the event collaboration with ATALC (Friends of the Earth/FoE Latin America and the Caribbean).

The guest discussant for the series was Dr. Isaac Asume Osuoka, the coordinator of Social Action International. Participants were drawn from Nigeria, Latin America and North America.

They resolved that environmental activists should fall back to the similar history of plunder and colonisation which Africa, Latin America and even Asia have suffered due to the commercial interest of Europe.

Having this common history in mind, activists in the continents were urged to fight in solidarity against the transnational corporations and extractive industries involved in the devastation of the environment.

“This is necessary as the forces that are active in environmental degradation in Nigeria are the same in Latin America, Ecuador, Colombia, Venezuela and across the continents. International solidarity is, thus, fundamental in dealing with environmental crises,” they submitted, adding that the lives and experiences of past and fallen phenomenal African leaders hold relevance not just for the sake of history but for current struggles.

Opening the conversation, Nnimmo Bassey, HOMEF’s Director, shared lessons gathered from the life of Thomas Sankara. His fight against the colonialism-mindset which keeps people non-liberated even after gaining political independence was highlighted. Thomas Sankara was “the driver of Burkina Faso’s (Burkinabè) revolution and developed nuanced political and practical actions to address the combined forces of neo-colonialism, colonialism, patriarchy, ecological degradation, food injustice, among others.”

Thomas Sankara made these great strides in the four years, 1983 to 1987, in which he held power as the president of Burkina Faso before he was assassinated by his close friend and second in command, Blaise Compaore. Thomas Sankara was only 34 years when he became president.

Prior to this, he had encountered revolutionary ideas and become committed to the revolutionary cause while studying in military academy. He was later appointed as Minister of Information against his wish. He resigned from the position and opposed the regime from gagging the masses and suppressing unions. After that particular regime was overthrown, Thomas Sankara, having gained popularity, was appointed Prime Minister in the next regime. While in this position, he continued to promote revolutionary and anti-imperialist ideas. This led to his arrest which caused an uprising in the country as young army officers revolted. That regime was overthrown, and Thomas Sankara was installed as president.

According to the guest discussant, Sankara’s entry into Burkina Faso’s politics holds great significance for Africa, Latin America and the world generally. He stated that Thomas Sankara emerged at a time when even after independence, Western and European powers continued to dominate and keep Africa and Latin America perpetually impoverished.

“It was an era when Western powers tried and succeeded in creating puppet regimes to do their biddings and allow Western mining corporations and other financial interests continue to plunder the continents’ resources.”

Dr. Osuoka described Thomas Sankara as “the most influential political leader that has emerged in Africa since the end of formal colonial rule.” According to Osuoka, “Thomas Sankara had a profound impact in the development of the political consciousness of people in Africa and the world. He emerged as a champion of the oppressed, showed the example of sacrifice in leadership and demonstrated how the resources of a country could be mobilised to address the needs of the people rather than imperialists interests.”

Thomas Sankara was also described in the conversation as “the representation of the African revolutionary aspiration.” He sought to empower his people to rebuild their country for their own benefit. “He became the preeminent spokesperson on behalf of exploited people in Africa and elsewhere. He tried to rally leaders of the continent against imperialism and all those that served imperialists’ interests,” Dr Osuoka stressed.

To fight coloniality, Sankara changed the colonial identity of his country from Upper Volta (the colonial name) to Burkina Faso which means Land of the upright. Asume Osuoka considers this re-christening activity to be “an integral part of the decolonisation process.”

According to the guest discussant, this is in contrast to what is obtainable in Nigeria where the name given to it by imperialists is maintained till the present time. He advised that “as we move towards decolonisation, we must think of renaming the country on our own terms – to identify ourselves in the way that we want to be identified as Ghana, Benin Republic, Burkina Faso and some other African countries have done.”

This attracted praises from the World Health Organisation (WHO) as the massive rounds of vaccination was achieved without foreign aids. He worked against patriarchy and promoted women’s rights. He appointed women into important positions in government, persuaded them to participate in the revolutionary/social change process as well as to enroll and remain in school even with pregnancy. This is coupled with his move to encourage massive enrolment of children in school. He also banned Female Genital Mutilation (FGM).

Economically, Thomas Sankara mobilised his country which was poor to become self-reliant. He mobilised his people to work together in solidarity. He initiated land reforms which eliminated feudal practices that empowered landlords to collect rent from peasant farmers.

He promoted cooperatives and irrigations schemes. With these, his country almost doubled food production. All these were achieved without foreign loans and aids. 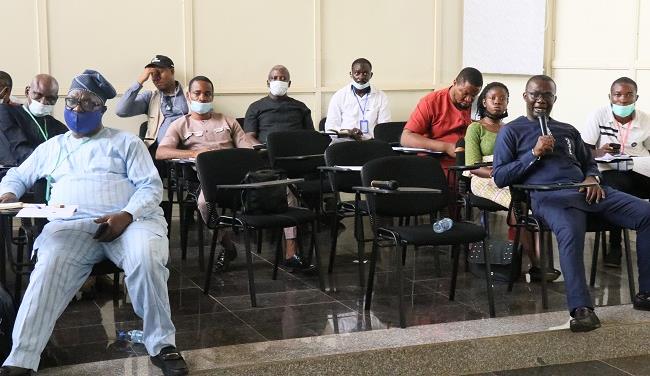 Experts in environment sector on Wednesday, October 13, 2021 condemned the indiscriminate use of hazardous ...