No fewer than 102 local government areas in 28 states are at risk of flooding, according to the 2020 Annual Flood Outlook (AFO), released by the Nigeria Hydrological Survey Agency (NIHSA) on Thursday, May 28, 2020.

At the Official Presentation of the outlook in Abuja, the Minister of Water Resources, Mr Suleiman Adamu, noted that the outlook was a fallout from the devastating effect of the 2012 flood in the country.

He said that the purpose of the outlook was to present probable flood scenarios for this year and to disseminate information to all, especially in flood-prone areas and further reduce resultant effects.

According to him, flood is one of the most frequent natural disasters in Nigeria with devastating impact on the poor and vulnerable populations who live along riverbanks and rely on flood plains for livelihoods.

He said that although the flood outlook had shown that 2020 floods might not be as severe as previous years, it was important for all stakeholders to carry out aggressive awareness campaign for preparedness.

“It is pertinent to note that the impending flooding season with COVID-19 presents a fight against two threats: on one hand, the ongoing corona virus pandemic and on the other hand, the likelihood of an active 2020 flood season.

“The 2020 flood projections will as expected vary from moderate to severe flooding in most parts of the country.

“Overall, the flood level may not be as severe as previous years, but it is a certainty that our rivers will exceed flood level, and many will be inundated again this year.”

The minister said that, as always, flooding was associated with increased risk of infections when the displaced persons were high and polluted water sources, added that it was important for all stakeholders to prepare earnestly.

He added that part of the intervention to promote hygiene was the recently signed Executive Order 009 by the President Muhammadu Buhari aimed at ending Open Defecation by 2025.

“Many state governors have bought into this idea, the ministry declared emergency in the water and sanitation sector to encourage hand washing and put in place the National WASH Response Committee for COVID -19,” he said.

The minster also commended the efforts of NIHSA in the development of a new Flood Mobile App, saying that it would add practical value to water managers and for overall disaster risks management.

The NIHSA’s Director-General, Mr Clement Nze, said the 2020 AFO would go beyond borders and defer all barriers to reach the needy in providing information on early flood warning required for mitigating risks in the country.

Nze noted that the need to carry out aggressive sensitisation and awareness campaigns on consistent clearing of all water ways and maintenance of dams and reservoirs to ensure free flow of water in drainages.

The D-G said the Flood Mobile App would also be used to give actual daily flood situation to everyone, especially those at the rural areas using SMS services.

The new Flood Mobile App is designed to be of practical value to the Water Managers, Technical Experts, Disaster Risk Managers, Policy Makers and Flood Forecasting Community for flood prevention and for enhancing flood early warning systems in the Nigeria. 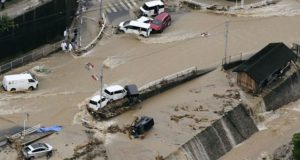 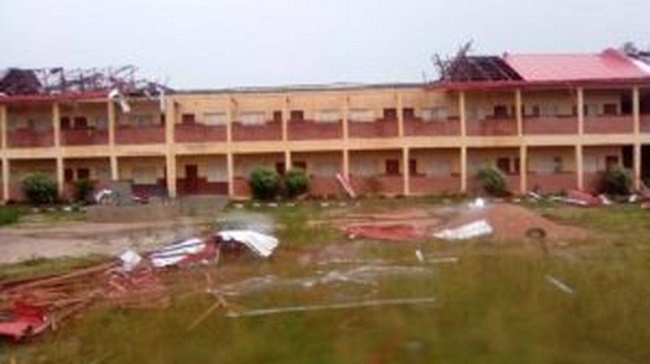 The Lagos State Government has embarked on enumeration of victims of a strong windstorm which ...