Nigeria, others lose $5.5b annually to poor sanitation 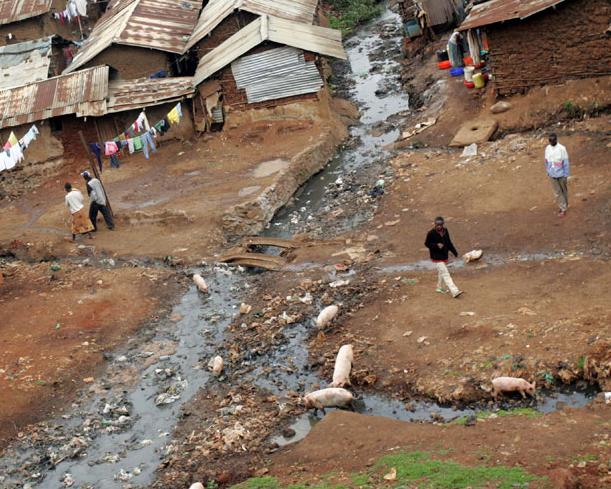 Nigeria and 17 other African countries lose around US$5.5 billion every year due to poor sanitation, with annual economic losses between 1 percent and 2.5 percent of GDP, says a report prepared by the World Bank’s Water and Sanitation Program (WSP).

The desk study, titled: “ HYPERLINK “http://www.wsp.org/wsp/content/africa-economic-impacts-sanitation” Economic Impacts of Poor Sanitation in Africa,” found the majority of these costs come from annual premature deaths, including of children under the age of five, due to diarrheal disease. Nearly 90 percent of these deaths are directly attributable to poor water, sanitation, and hygiene.

Other significant costs were from productivity losses, and time lost through the practice of open defecation. Other adverse impacts of inadequate sanitation likely to be significant, but difficult and expensive to estimate, include the costs of epidemic outbreaks; losses in trade and tourism revenue; impact of unsafe excreta disposal on water resources; and the long-term effects of poor sanitation on early childhood development.

“The 18 African countries represented in this study account for 554 million people – that’s more than half of Africa’s population,” said WSP Manager Jaehyang So.  “This is powerful evidence for Ministers that their countries will not be able to grow sustainably without addressing these costs.”

The Africa country reports, part of the Economics of Sanitation Initiative (ESI) launched initially in East Asia in 2007, also found that open defecation alone accounts for almost US$2 billion in annual losses in the 18 countries. Lacking alternatives, more than 114 million people still defecate in the open in the 18 countries surveyed; this is about half the number of people on the continent and almost 24 percent of the total population in the countries surveyed.

Eliminating the practice of open defecation in these countries would require about 23 million toilets to be built and used.  Open defecation costs more per person than any other type of unimproved sanitation. Time lost to finding a discrete location to use the toilet accounted for almost US$500 million in economic losses.  Women shoulder a huge proportion of this cost as they spend additional time accompanying young children or sick or elderly relatives

“Water and sanitation go hand-in-hand with human dignity.  Our study finds that the heaviest burden of poor sanitation falls on poor people,” says Jamal Saghir, World Bank Director for Sustainable Development in the Africa Region.  “These findings make an irresistible case for greater investment in sanitation while removing the barriers to better sanitation services. Now is the time to tackle this urgent development priority once and for and all.”

The release of the study comes ahead of the biannual high-level meeting of the Sanitation and Water for All partnership at the Spring Meetings of the IMF and World Bank, where Finance and Water Sector Ministers aim to identify steps to improve the use of existing funds and mobilize new resources for water and sanitation.