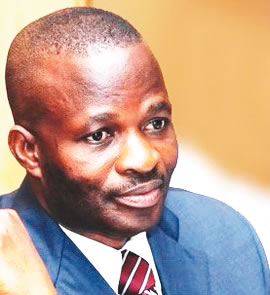 The Enugu State House of Assembly has removed the state’s Deputy Governor, Sunday Onyebuchi, from office.

Details of the impeachment session is still sketchy but the deputy governor’s removal is believed to have been masterminded by Governor Sullivan Chime.

The Assembly accused Mr. Onyebuchi of operating a commercial poultry at his official residence and of disobeying Governor Chime, charges that, under the law, do no qualify as impeachment offences.

The impeached deputy governor had told the impeachment panel set up by the state’s chief judge that Mr. Chime also operated piggery farms at the Government House.

Mr. Onyebuchi revealed that the state government had budgeted for the maintenance of the poultry since 2011.

The embattled deputy governor, who tendered the state’s budget between 2011 and 2014, said funds had always been provided for the poultry he operated.

He insisted that he did not commit any offence that could warrant his impeachment and that the poultry farms he and the governor were operating were there before they assumed office in 2007.