On the occasion of the International Day Against Plantations and Monocultures that was observed recently, the Environmental Rights Action/Friends of the Earth Nigeria (ERA/FoEN) has advised the Nigerian government to go beyond sloganeering by mustering the political will to adopt realistic and community-friendly approaches to fighting the climate change phenomenon instigated by unsustainable forest practices. 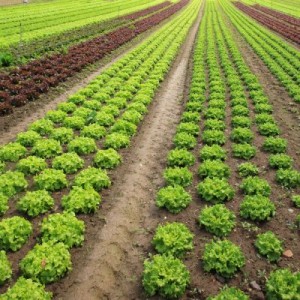 ERA/FoEN also called on the government to revoke the lease agreement between Michelin Nigeria Limited and the Edo State Government entered into on May 28, 2007 for non-compliance.

The 2012 event is premised on the outcome of researches which conclude that globally, the clearing of forests for plantations have contributed to carbon emissions, contributing around 20 per cent of global CO2 output. This development is egged on by rich countries and transnational companies that buy chunks of forests, while still polluting.

Deforestation and conversion of forests to plantations has been identified as the second largest contributor to global warming.

In statement, ERA/FoEN urged the Nigerian government to prioritise community concerns over profits as the emergence of plantations have not brought development but rather impoverishment on communities wherever they exist.

“As Nigeria joins the rest of the world to mark this annual event to promote a safe environment and sustainable environment, we demand that the Nigerian government stop gambling with our forests and adopt realistic and practical steps in fighting climate change. The way to go is first stopping further leases for expansion of monoculture plantations and then engaging community forest management practices,” said ERA/FoEN Director, Programmes & Administration, Godwin Ojo.

Ojo explained that the predominant plantation types in Nigeria are rubber and palm oil plantations, with Okomu Oil Palm Plc and Michelin Nigeria acting as the key corporations behind the expansion of  plantations in southern Nigeria to the detriment of local communities.

“The negative social and environmental impacts of monocultures are not restricted only to countries like Brazil, South Africa, the United States, Indonesia, Malaysia, Cambodia, but are also evident in communities in Nigeria like Iguobazuwa in Edo State where Michelin converted the forest reserve to a rubber (latex) plantation for export to Europe to make car tyres.”

Ojo underscored the need for the Nigerian government to place a ban on unsustainable logging practices, among other demands such as an outright revocation of lease agreement between Michelin Nigeria Limited and the Edo State government entered into on May 28, 2007, and remediation of the environment by planting fast growing plants of varying species to restore the forest reserve to its former state.

ERA/FoEN also demanded comprehensive and adequate compensation package to be administered under the supervision of the Edo State government and relevant civil society groups to the affected farmers and communities.

“We insist that plantations are not forests. The Nigerian government stops the expansion of monoculture tree plantations in Iguabazuwa and other communities in Nigeria. The real motive behind expanding plantations is profits for private pockets and not for public good. The time to halt this unacceptable trend is now,” Ojo insisted.

The National Centre for Genetic Resources and Biotechnology (NACGRAB),...

The Ghanaian economy's cash cow is cocoa, which ranks...

Bill and Melinda Foundation says its new commitment of...